Interview with a Time Traveler

A time traveler meets with a journalist in a hotel room under the guise of sharing their story for an article, but what the journalist doesn't know is that the time traveler has an ulterior motive for inviting him that will change his life forever.
READ REVIEW
Next Previous

Interview with a Time Traveler 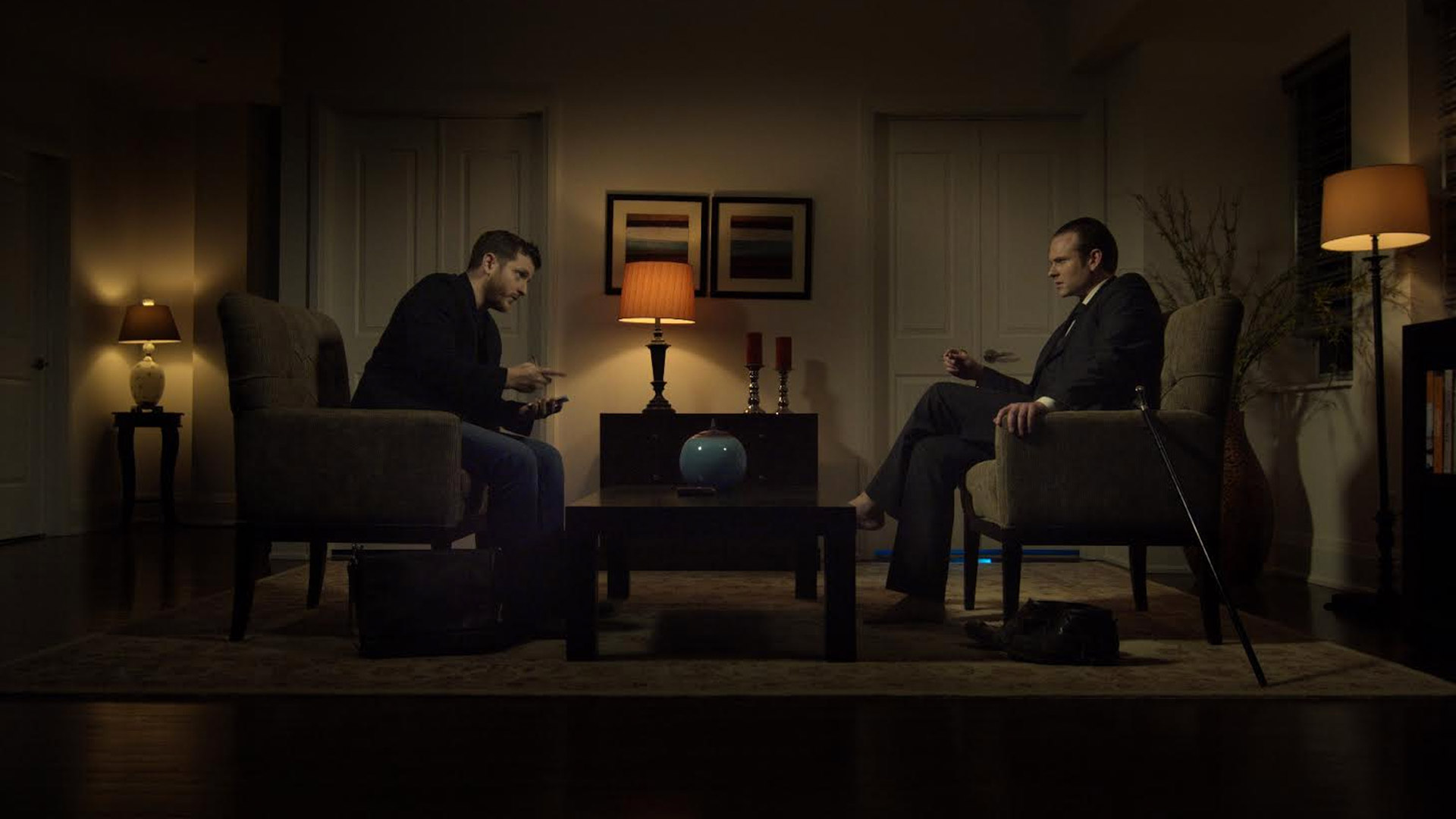 When it comes to highly specific micro-genres of science fiction, I’m an unabashed time travel junky. Whether it’s mainstream fun (Back to the Future) or independent and cerebral (Primer), keep the head-scratching, time-looping logic coming!

Director James Cooper’s Interview with a Time Traveler, as the title would indicate, is indeed a time travel tale. But, unlike the genre tropes that such a lead might presuppose, there are no time jumps and flashy special effects (or nagging plot holes, for that matter). In fact, this film is about as simple a time travel tale that I’ve ever seen—just two guys in a room talking.

But, don’t let that description scare you off. While obvious budgetary advantages can make single-location shorts appealing to many an indie filmmaker, they are notoriously difficult to pull off well. To be blunt, I’ve seen several that are just plain boring. But, here Cooper, aided by a cracking script from writer Peter Rowley, crafts something that is utterly compelling. The film does an excellent job teasing the viewer with just enough information to keep you watching—the proverbial carrot on the stick. Except, instead of a carrot, we’re talking about time leaps and bearing witness to major historical events. As the story progresses, the short becomes less a science fiction mind bender and more an emotionally resonant character drama.  While I wish the actor playing the Time Traveler was a bit more subdued in his performance, overall this film is a terrific example of how strong scene structure and dialogue can really elevate material beyond the small scope of the production.

As director Cooper relates, “The film came to be because I was actively looking for something to get me back in the directing chair. It had been a little while since my last short, and I wanted to get the creative gears turning again…I immediately started to mine concepts that were logistically and financially simple, so that even if I couldn’t find outside sources of funding, I could probably scrape together enough of my own to make it happen.”

Based on the end product, I’d say he succeeded. It’s a simple film, yes, but one that feels much larger than the small hotel room in which it takes place. Filled with big ideas, rather than big set-pieces, Interview with a Time Traveler is a solid edition to the crowded time travel canon. After all, who needs a flying DeLorean, when you’ve got soul?