The Christchurch Earthquake left the majority of its population devastated, but for a small group of homeless people, disaster brought about new and luxurious living opportunities—a taste of what it’s like to live like a king.
READ REVIEW
Next Previous 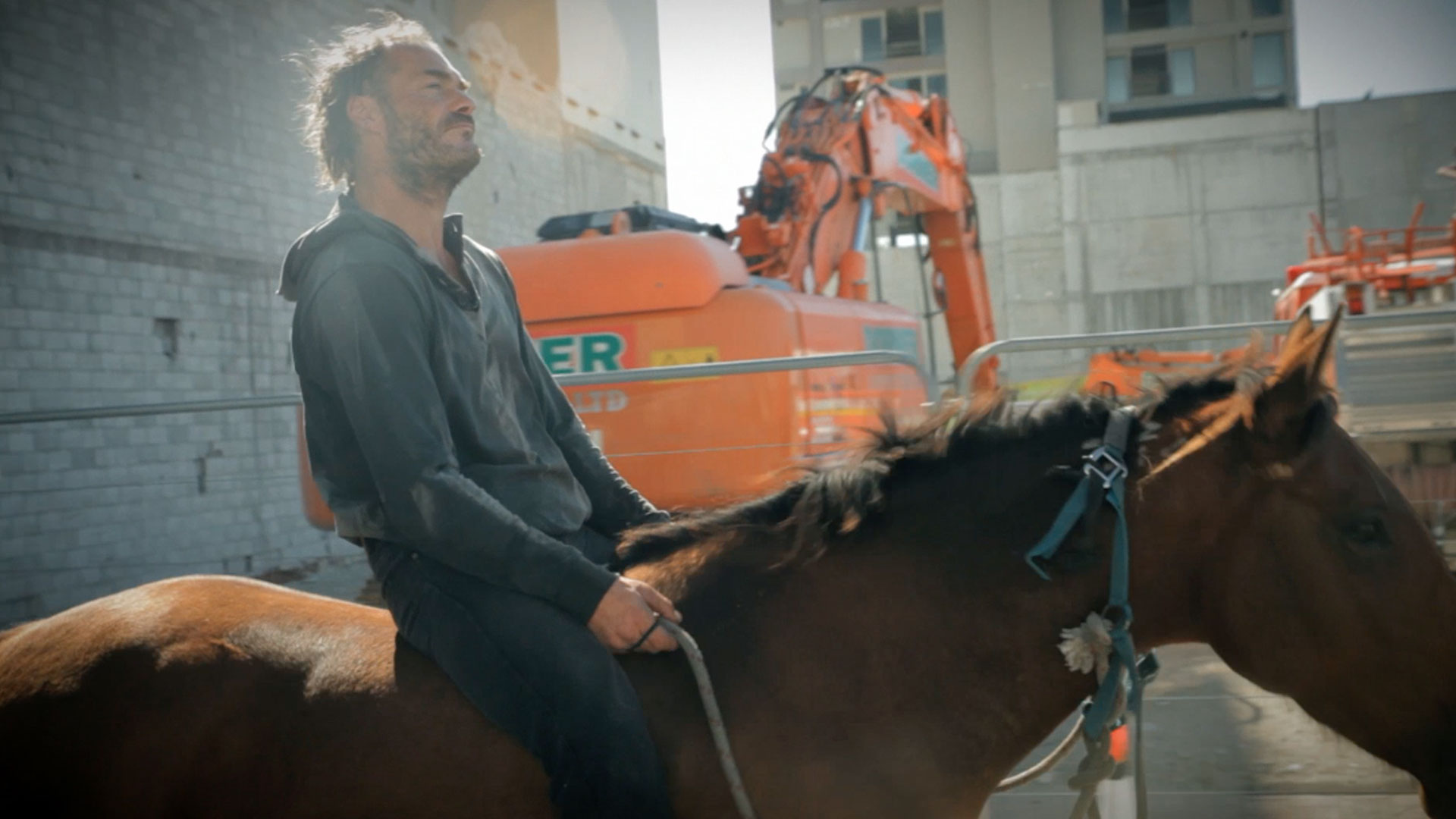 Having visited Christchurch a year after the devastating 2011 Earthquake, I was astounded by by the destruction I found. Even 12 month’s later, New Zealand’s second largest city was still struggling to recover. But, I guess I shouldn’t have been surprised: major events such as this have long-lasting effects—the ripples of their influence stretching far beyond what is covered in conventional news coverage. And, so is this case for those featured in Zoe McIntosh’s short documentary, Living Like Kings, a profile piece about a group of opportunistic homeless men, who amidst the rubble and evacuated structures, find a taste of the high-life.

Documentaries are only as good as their subjects and here McIntosh has found fascinating ones. Even at just a brief three minutes, we are ingratiated into the inner circle of a band of lovable rapscallions as they take up residence in their abandoned palaces. That in itself is fascinating—the unforeseen result of a major natural disaster.  But, beyond that, it’s a film that explores a multitude of contrasts. Most prominently, of course, there’s that of class: the “haves” vs. “the have-nots.” The tides have turned as our lovable scamps have found a new life of luxury. In turn, the film is infused with a gloriously anarchic, punk-rock sensibility. Good fun, yes, but also underlined by something a bit dark and sinister. For in our protagonists’ gain, they are capitalizing on someone else’s tragedy. It’s a dichotomy that I find fascinating and which McIntosh captures deftly.

Needless to say, there’s a lot of content here that, unfortunately, the film’s brief runtime prevents McIntosh from exploring in true detail. It’s not often I say this, but this is the rare short film that deserves to be longer! But, as an entry into the Loading Docs series, the brevity is expected as the program requires each piece to be only three minutes (if interested, check out The Jump, another film from the same series we featured recently). Fortunately, McIntosh is working on cutting a slightly longer version of the film. As she relates, “There were some truly gorgeous stories and unreal characters that I couldn’t fit in. A classic case where reality can be stranger than fiction.”

As for what’s next, McIntosh is currently making the festival rounds with her feature “docu-comedy” entitled The Deadly Ponies Gang. You can also keep up to date with the rest of her stellar work on her website, www.zoemcintosh.com.
Filmmaker Website Loading Docs
LIKE TWEET