In 1980, with a healthy mix of imagination, balls and roughly-remembered Newtonian physics, a Kiwi bloke jumped off a bridge and started a worldwide phenomenon.
READ REVIEW
Next Previous 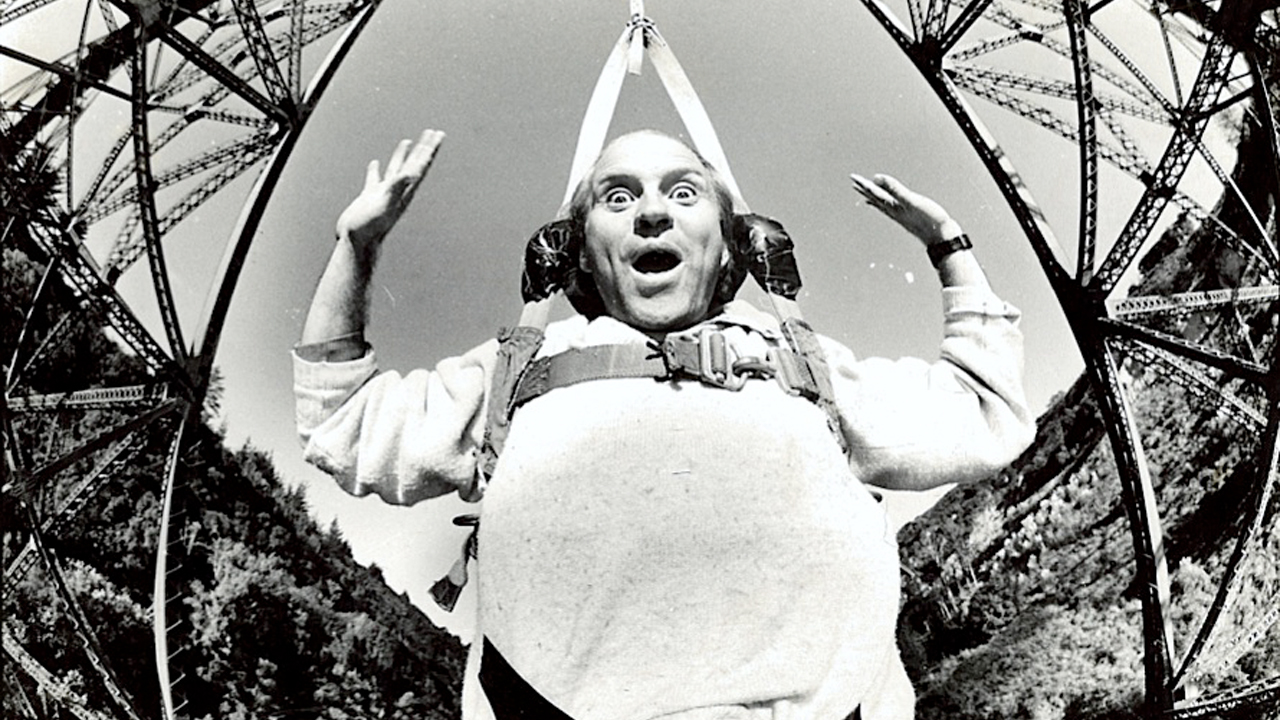 Confession: I’ve never been bungee-jumping — not from atop a bridge or even one of the more amateur heights you’d find at an amusement park — but I have often wondered who first conjured the idea, who the crazy loon was who first dared to tie a rope around their legs and leap from a deathly height, willing the cord to break his or her fall before smashing into the ground below. If, like me,  you’ve ever pondered who was crazy enough to invent such a thing, then allow me to introduce you to Chris Sigglekow. This “Kiwi bloke” who started the worldwide phenomenon of bungee-jumping is the subject of Alex Sutherland’s documentary, The Jump, created for New Zealand’s Loading Docs, an initiative posed to filmmakers to present a documentary subject in under three minutes. That’s no small task, but Sutherland was up for the challenge.

In the 1980s, hair was big, metal was loud, and Chris Sigglekow was laboriously stripping shock cord of its covering. “We had this old potato sack,” Sigglekow recollects. “I filled it up with rocks and dropped it over the side [of the bridge]. It just hit the water and split, dropping all the stones…and that was our test.”

Blending 5D interview clips with archival footage from 1986 — where Sigglekow, resembles a young Phil Collins — Sutherland crafts a raucous and rousing (if, albeit, slightly brief) tale of daredevils and lawbreakers. But while this story may be new to the general public, it’s one that’s very familiar to Sutherland; you see, Sigglekow is Sutherland’s father-in-law. “I’ve known the family since I was eight years old,” Sutherland said. “I can remember coils of bungee cord lying around their house growing up, so the story and film have been in my head for a long time. The interview took place over a single afternoon, but it was based on many conversations that I’ve had with Chris over the years.”

Given the time limit, it’s no surprise that editing became the most difficult part of the process. “Although it was hard to leave so much out,” Sutherland said, “distilling it all down was an important process; it forces you to think about what is really driving the story and what is absolutely necessary in order to tell it.” He hopes to explore a longer version in the near future, but in the meantime, you can keep up with Alex on his website. Make sure to check out the rest of the Loading Docs series, as well, to see how other filmmakers make the most of such a limited amount of screen time.