After his plane crashes on a small uninhabited island, a young man and his dog must find a way home.
READ REVIEW
Next Previous 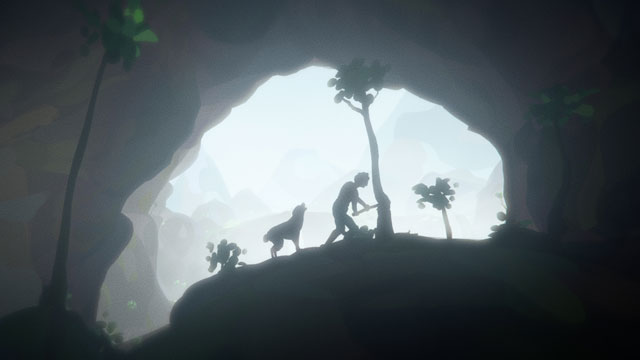 Having made a name for himself with a succession of ‘Staff Picked’ shorts on Vimeo, Latvian animator Gints Zilbalodis returns with his most ambitious and visually impressive film yet – Priorities. With a simple narrative revolving around a shipwrecked man struggling to survive on an island, Zilbalodis’ immersive animation thrusts its viewers into the world of its protagonist as he tries to find a way home for himself and his faithful dog.

Dialogue-free and consisting of only 4 long uncut shots, whilst Priorities may not be the most innovative production in terms of narrative complexity, it certainly feels like it’s pushing boundaries in the way it delivers its storyline. Despite the director admitting that he tried to ensure his animation didn’t resemble a computer game, the consistently moving camera and its proximity to the film’s main character meant this was a comparison that was inevitably going to be made. Aiming for what he describes as a real-world feel, Zilbalodis explained to Short of the Week why he decided to choose such a distinct visual approach for his story:

“I wanted it to look as organic as possible and the cinematography to be imperfect. The continuous shot workflow helped me see the film as a whole and not get lost in details. The long takes limit the story to unfold in real time. In a more traditional style of cutting, it’s easy to skip over the unimportant parts of the story to keep it entertaining. But since the story is very simple and there’s not much of a plot I didn’t have to skip over anything, the story fit the style very well. I didn’t ever regret choosing this style, but a big challenge was rendering. If I changed just a small detail, the whole scene had to be rendered again.

Still recovering from all the effort and concentration he had to put into Priorities, director Zilbalodis has only just begun to think about what comes next in his filmmaking journey. Currently searching for new stories for his next project, he admitted to Short of the Week that the concept and style of the next film is still very much a work-in-progress at the moment “there’s a vague idea of what I’d like the next film to feel like, but I haven’t yet figured out how I’ll realize it”.

The first Latvian production we’ve featured on SotW, if you enjoyed Priorities, be sure to check out Zilbalodis’ other animated shorts on his Vimeo channel