In that last seconds before a man dies, a childhood friendship flashes before his eyes.
READ REVIEW
Next Previous 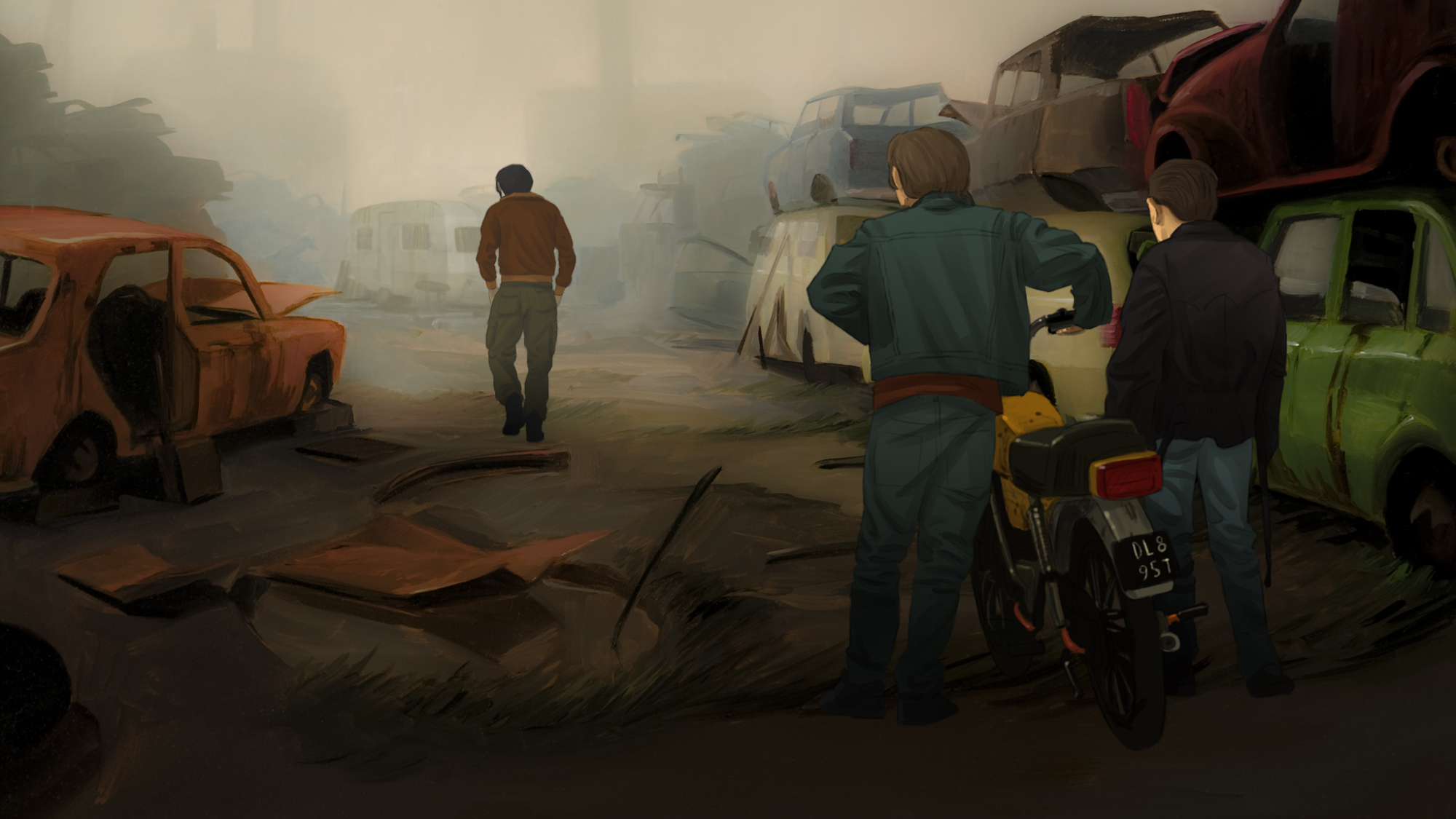 Premiering at Annecy back in 2012, Hisko Hulsing’s short animation Junkyard has spent the last 19 months touring over 100 festivals worldwide (picking up 22 awards along the way) and was selected as the official Dutch entry for the Best Animated Short Oscar in 2013. A firm festival favourite amongst all those lucky enough to witness it on the big screen, this dark tale about adolescent decisions is now looking to leave an impression on the online community with its imposing visual style and powerful narrative.

Revolving around a pair of once inseparable teenage friends and how their paths through life deviate after a series of spontaneous decisions push them apart, Junkyard may focus on some very specific issues, but the overarching themes of friendship and morality are ones we all should be able to relate to. Interviewing the filmmaker back in 2012 for Directors Notes, Hisko revealed that the inspiration for Junkyard’s narrative came directly from his own youthful experiences. Speaking to Short of the Week via email, we took the opportunity to quiz the director about the origins of his story, exactly how much it’s based on incidents in his own life and how he feels an audience will relate to his plot:

“Although the basis of the story is rooted in reality and some scenes have happened in real life, most of the film is made up. In a short film there are no possibilities for subplots and small, detailed developments. Every aspect has to serve the dramatic impact, so I had to come up with a short story that has a beginning, middle and end. In order to do that I had to think of some strong scenes that could sort of comprise a whole set of real life events. Not in a symbolic way, but as a matter of clear communication with the audience. Parts of the finale of the film are based on the long period of my life when I smoked Marijuana on a daily basis, which led to a near psychosis.

“I think that most people have experience with friendships that go wrong. Often these things happen by accident, not so much by intent, but I think that most people recognise the feeling of abandonment. Friendships can be really strong during adolescence, at an age when the other sex is still part of the opposite camp and the strong bond with parents diminishes. I tried to capture that feeling. So apart from the harsh and grim reality of the drugs environment, there is this layer of abandonment.”

Having accidentally rolled into animation after studying painting at the Art Academy of Rotterdam in 1995, Hulsing’s traditional art background radiates throughout his visually rich short. Hand-painting 120 backgrounds, ranging in size from 100cm–220cm wide, the director admitted he wanted a somewhat unpolished look to his film, to compliment a narrative he describes as “raw and realistic”. Initially recording all scenes as ‘live-action’ to act as reference for his animation, characters and objects were added to his backgrounds using a combination of 2D and 3D animation techniques by Hisko, Stefan Vermeulen, Polder Animation (Blik) and 9 interns. The painterly end result is visually striking and very unique for a short film, although with Junkyard 6 and a half years in production, not every short will get the time and dedication Hisko and his team put into their film. The director happily admits it wasn’t all plain sailing though, conceding that his persistent attention to detail and determination to achieve his particular visual style meaning certain painstaking tasks were testing to the teams creative urges.

Junkyard is Hulsing’s first short to make it online, with the director stating that owning rights and streaming quality, at the time the films were made, restricted him from sharing previous work on the internet. Whilst both filmmaker and audience would probably rather admire the rich detail of Hulsing’s handiwork on a larger screen and the director acknowledging the 18-minute duration might be too long for an online audience, here at Short of the Week we salute the filmmaker for bringing his work online. There’s no doubting Junkyard is a demanding short and its dark tone might be too much for those looking for the lighter side of animation, but those willing to devote the time and attention it deserves (even online when there are so many other distractions around) will find it to be a film as unique and rewarding as it is challenging.