An underhanded company man is offered assistance by a secret organization that immerses him in forces beyond his control.
READ REVIEW
Next Previous 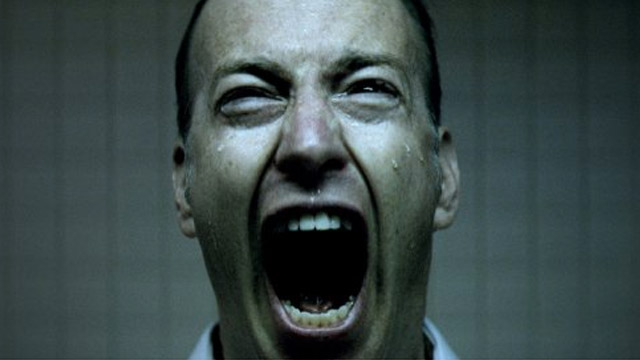 I don’t say the following words lightly: the opening scene of David Karlak’s The Candidate is perfect. Absolutely perfect. We watch as our lead character, Burton Grunzer, disdainfully observes his work nemesis, Whitman Hayes, fumbling to set up for a corporate presentation. Now, that in itself may not sound engaging, but Karlak’s handling of it—his polished camera moves, the virtuosic editing, the driving music, all of which is underscored by actor Tom Gulager’s superlatively droll, Patrick Bateman-esque voice over—is pure cinematic magic. Yes, I know The Candidate is 19 minutes long. But, watch that opening scene—watch it and I dare you to tell me that you’re not hooked.

After that introduction, I’d be willing to follow Karlak anywhere. And, anywhere we go! Soon, details are revealed about a shadowy organization, helmed by Robert Picardo’s Carl Tucker, whose members believe they have figured out a way to kill someone with the mere power of thought.

Penned by Marcus Dunstan and Patrick Melton (Feast) and based on a short story by Henry Slezar, The Candidate made the 2011 Viewfinder list (sort of like the Black list for aspiring filmmakers). Karlak was able to parlay that exposure into industry representation, paving way for him to set up his own original ideas around Tinseltown. One of them, a sci-fi project entitled Rise, is currently being produced at Warner Brothers.

Really, it’s not surprising that a film like The Candidate got Hollywood to take notice. Sumptuously shot on 35mm film (which was colored photochemically) and bolstered by very strong performances, technically, The Candidate is on a different level than most shorts. But, beyond that, this is just well-crafted filmmaking—a compelling, polished narrative that keeps you engaged all the way through its relatively lengthy runtime. Karlak toys with your imagination in the most twisted of ways. The film plays out like a stellar episode of the Twilight Zone, mashing together reality and fantasy in a manner that is both emotionally and intellectually satisfying. As Karlak succinctly puts it, “The Candidate is a voodoo film without the camp.”

Considering this film’s technical pedigree, it’s astonishing that it hasn’t yet received more attention from an online audience. Here’s hoping that’s all about to change.