A woman spends her life dreaming the dreams of a stranger—until she runs into him.
READ REVIEW
Next Previous 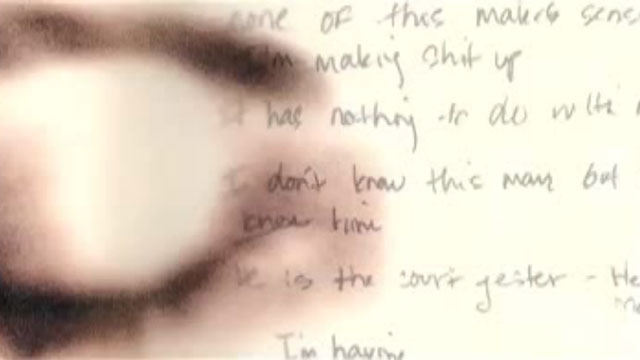 Back in college when I first saw Rian Johnson’s low budget indie noir, Brick, I knew I was watching something special. Stylistic, smart, and most importantly, narratively satisfying, Brick was an impressive debut—a bold first entry announcing the arrival of a director with a very bright future. As the sci-fi action film, Looper, makes its way into theaters—preceded by much fanboy buzz and critical acclaim—it appears that Brick was indeed a harbinger of great things to come.

But, before Brick—like so many filmmakers before him—Johnson was making short films. In his 2002 short, The Psychology of Dream Analysis, we are taken for a whimsical, funny, and emotional ride, expertly constructed from the various components in Johnson’s creative wheelhouse. Our protagonist, Lillian, is incapable of dreaming her own dreams. Instead, she experiences the dreams of another person, an unknown male figure. Things take an interesting turn when, suddenly, she meets the creator of said dreams in real life and starts a romantic relationship with him. As their connection grows, she begins an intangible relationship with herself through her newfound companion’s dreams. For once, she is the star of her own nightly slumber, and the result is intoxicating.

If that description sounds confusing, it’s a testament to Johnson’s skill that the entire film feels so breezy—this is more Being John Malkovich than Inception. The short playfully flutters along, jumping from scene to scene with nimble editing and mixed media transitions, all which is accompanied by a voice over. The narration, a detriment in some films, is truly a highlight here. Not only does it keep the film moving, it does so with intelligence and humor.

Sure, the Psychology of Dream Analysis might have a fun and quirky premise, but Johnson is exploring substantial ideas as well.  As Lillian spends more time in real life with her beaux, the dreams of herself become less and less interesting—a subconscious mirror of a real life fling, starting with heart-pounding “love-at-first-sight” and eventually fizzling to ineffectual, predictable indifference. I guess you could attribute our heroine’s desire to see herself in her slumber as pure narcissism, but, really, what are dreams other than our own miniature blockbusters where we get to headline the marquee every night? Johnson’s tackles this concept with a deft hand, the film covering a gamut of emotions as diverse as the director’s cinematic catalogue. And, all of this is told from the lens of a cheapo consumer grade DV camera. Proof, once again, that story is and will always be paramount in terms of a film’s success.

The world “storyteller” often gets tossed around capriciously when referring to directors, but its never been more apt  than when describing Rian Johnson. You see, as a filmmaker he is not confined by a particular style or characteristic trope. He bounces around from idea to idea—from genre to genre with aplomb. But, whether it be a hardboiled high school noir, a long con movie, or time travel mind bender, he knows how to construct a narrative.  Fluid and adaptable, he is definitively himself without being pigeonholed into “being himself.”  With Looper, it seems that Johnson is preparing to transition from indie-darling to legitimate Hollywood player. When viewing his short form work such as The Psychology of Dream Analysis, it’s an outcome that certainly wasn’t hard to predict.