After the murder of Leo's wife a single idea circles endlessly within his head: revenge. Winner of the YouTube "Your Film Festival" and a ridiculous $500,000 prize at Venice.
READ REVIEW
Next Previous 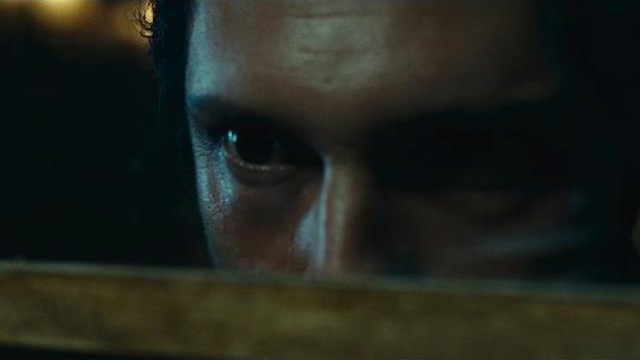 La Culpa, translated as The Guilt, is an accomplished and absorbing short film from Spanish director David Victori and a worthy winner to one of the most high profile short film contests ever. YouTube partnered with the airline Emirates, as well as with Scott Free, a production company founded by Ridley Scott and his late brother Tony, to offer a $500,000 prize to one talented filmmaker. The contest began in January, and through a public voting process was whittled down to 10 finalists. The 10 finalists were flown to the Venice Film Festival where their films were exhibited in a special gala screening, and last night star actor Michael Fassbender presented Victori as the winner.

The Guilt is a revenge thriller with supernatural elements. Confronting his wife’s killer, our main character is faced with a moral quandry. Taking full advantage of a truly striking set location, the film dramatizes the cycles of retribution that violence puts into motion, and explores the psychology of ending that circle.

Featuring notable acting performances and impressive control over the look, mood and pacing, The Guilt is an excellent calling card for Victori. The plot itself is a bit cliché, as the MC Escher-like supernatural effects are not intriguing enough in their own right to make up for the lack of character development. But what is pleasing about the short story-wise is that the script avoids easy endings. Many otherwise fine short films suffer by abruptly stopping without a true ending and there were at least two instances when watching The Guilt that I feared it would fall prey to this common failing. Instead it held out for what ends up being a rather satisfying close.

In its attempt to showcase indie-film talent on YouTube’s platform, part of a larger strategy by the online video giant towards more substantial content, I would declare the festival a success. The ten finalists do not stack up favorably against the very best of what short film has to offer, as the recent and phenomenal ShortList Online Festival  has shown us, but the quality of the competition’s films is pretty high. Films like Bat Eyes and North Atlantic were thought well enough by our editorial staff to be Short of the Week selections. That said, the quality of the finalists does not not exceed your typical Vimeo Staff Pick, (notable disclosure, I curate Vimeo Staff Picks), nor, despite the marketing muscle behind the competition, did the films reach a far greater audience—at the time of the award announcement The Guilt had received around 65,000 views.

So, while a phenomenal opportunity for the filmmakers involved — Fassbender and Scott will Executive Produce a new project by Victori using the $500,000 award — it is undecided as of yet if YouTube will be able to steal back the creative, indie filmmakers that have increasingly become associated with Vimeo. Since the abandonment of the YouTube Screening Room, short film has not had a home on the service, as priorities have shifted towards the the multi-million dollar channel strategy. The Your Film Festival is a fine promotional effort, but if wooing short filmmakers is to be part of YouTube’s strategy going forward, it will take more than a celeb-driven online film festival to do it.