Two jihadists bump into each other at a small coffee shop and bicker over who's "special day" it is in this dark satirical comedy.
READ REVIEW
Next Previous 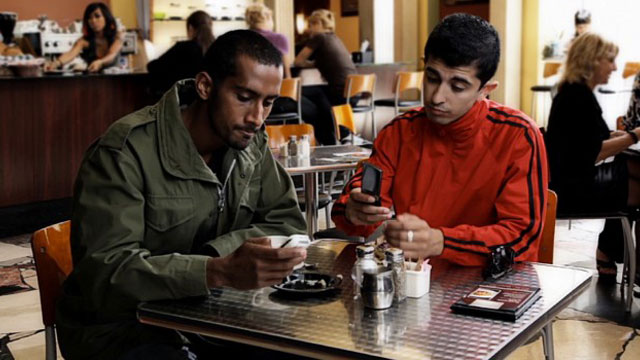 As a dark comedy, Boom Boom sits somewhere between Family Guys flashback gags and South Parks over-the-top storylines. Like a joke with a good punchline, the film tells the story of two old friends, Ahmed and Jamal, who unexpectedly reunite at a coffee house and find themselves on the same mission. The film is full of situational comedy and satirical twists with witty dialogue.

The directing duo of brothers Larry and Terry Ziegelman have put a lot of energy and preparation into the short. Now more than ever, its important to make the most of your film. There are no small movies, just small-thinking moviemakerssomething all too common with the easy access to technology and resources in filmmaking today.

Boom Boom follows in the vein of Chris Morris British satire, Four Lions, and features one of the most hilarious moments Ive seen in a while in a short film: After Jamal suggests to Ahmed they settle an argument with rock-paper-scissors, Ahmed gives Jamal a very serious look to which Jamale responds, Staring contest? (Maybe not so funny written out, so you’ve got to watch it!).