In need of a monster for your motion picture? Look no further than the United Monster Talent Agency.
READ REVIEW
Next Previous 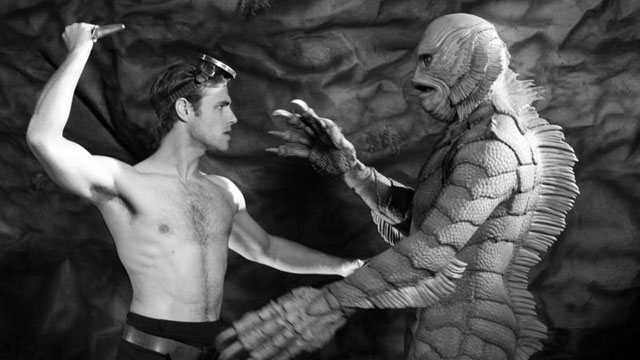 Halloween just seems to be the favorite holiday of short film—between now and the 31st, several high profile spooky shorts will be released and I’m pleased that the first one for us to feature is The United Monster Talent Agency. Released today on AMC’s website, the film is a comic ode to the monster flicks of the bygone studio-era, reimagining Dracula, Frankenstein and the Wolfman as actual, legitimate actors, presented by a particularly specialized talent agency. The film has an innocent tongue-in-cheek feel to it, with an admirable fidelity to the era’s special fx.

I’ve been looking forward to The United Monster Talent Agency as reports have trickled in this month from a few high profile festivals. The reason for the attention is the film’s director, Greg Nicotero. Greg is known as one of the foremost makeup and special fx guys in the biz, with a sparkling resume tracing back to Romero’s Day of the Dead and Raimi’s Evil Dead 2. As for the reason why AMC is hosting the film, Nicotero is currently supervising the effects work for the cable channel’s new TV series, a zombie comic book adaptation called The Walking Dead from acclaimed director Frank Darabont. Darabont himself makes a cameo in the film, as do a couple of other notable filmmakers in Eli Roth, and Robert Rodriguez.The show premieres Halloween night, and as a devotee of Mad Men, Breaking Bad, comic books and zombies, I’m about as stoked as can be.

Back to The United Monster Talent Agency however, at seven minutes the short film feels a touch too lengthy, operating as it does on basically one joke. A ton of famous monsters get featured, and I think it was just a case of some true fans not wanting to leave any of their classic faves out. If you’re a genuine fan of the history of monsters the proceedings are a fun game of “spot the monster” sure to inspire nostalgia, and even if you aren’t a fan, the film looks nice and has some definite chuckles. Enjoy.