A young woman refuses to acknowledge her grief over her mom's cancer until she meets someone on the street who may understand. Or maybe what he wants is more sinister.
READ REVIEW
Next Previous 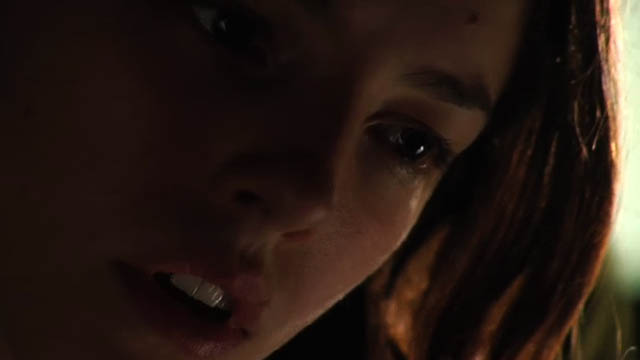 My first exposure to the work of Daryl Wein was a mere two weeks ago but I’ve already come to respect him as a filmmaker who can shift forms, genres and styles in full service of the story he has to tell, which is after all one of the main draws for devourers of celluloid such as ourselves. That initial contact came in the form of an interview at this year’s London Film Festival after seeing his feature debut Sex Positive, a documentary that highlights the work of ex-hustler and safe sex pioneer Richard Berkowitz in the little known history of the safe sex movement and the personal cost to Berkowitz as he was vilified in the gay community for speaking out. It was whilst prepping for our interview that I discovered his short Unlocked, which was a far step from Sex Positive but no less compelling.

Wrong footing the audience is a difficult task for a filmmaker to pull off without leaving them ultimately feeling like the victim in a bait and switch scam, but in Unlocked the mis-stepping is completely a self-imposed affair. Perhaps it’s as a result of our implicit understanding of film language through narratives such as The Vanishing and Silence of the Lambs, reinforced by the caution inherited from parents and trusted adults that when a stranger with a van meets an attractive young women the natural result is capture closely followed by some kind of ordeal.

However, that’s not the path Wein takes us down despite signs to the contrary and a cut to black that gives you time to image a potentially gruesome fate for our heroine. His intentions are perhaps the opposite, although it’s not until the final shot of the film that you’re released to dissipate the built tension of ever present danger, and see that what we actually have is a chance encounter that acts as a severely needed catalyst for complete emotional release.

There’s no shame in letting it all go whilst you watch Unlocked.