Wes Anderson gives us a glimpse into the dysfunctional relationship between a hotel hermit and his ex-girlfriend served up with Anderson's no lack of quirkiness.
READ REVIEW
Next Previous 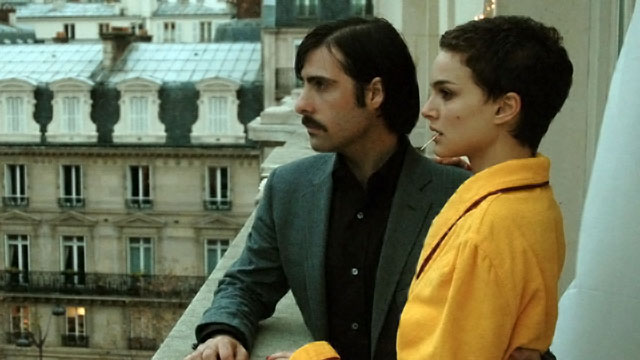 This is probably the highest profile short making the rounds. This is no surprise given the name stars, rumors of nudity, and the creative hand of cult-favorite Wes Anderson. Anderson, who somehow has managed to cling to his indie cred even after casting Ben Stiller, burst into the scene in 1996 with the quirky Bottle Rocket and followed it up with a series of films that required critics to go to their thesauruses for synonyms for quirky. There was the quirky The Royal Tenenbaums and the quirky The Life Aquatic with Steve Zissou (I’ve decided to be thesaurus-free today). His latest feature, The Darjeeling Limited, is yet another quirky relationship dramedy, and with it, Hotel Chevalier enters the picture.

The thirteen-minute short, shot a year earlier, is a prequel to the feature. They’ve been shown together on the festival circuit, though they will go their separate ways once The Darjeeling Limited enters wide release. The connection between the two was initially nebulous, but Anderson quickly realized that if he was using the same lead actor in both projects, he probably ought to be playing the same character.

The story is slight, even for a short, but Anderson has never been concerned with plot. In a richly toned Paris hotel room, a very un-Parisian man (Jason Schwartzman) is hiding from the world. A phone call from a mysterious woman (Natalie Portman) warns him that she will be there in thirty minutes. With a mixture of desire and fear, he prepares for her arrival, cueing the oddest seduction song on his iPod that youll find in a movie. When she shows up at the door, its clear shes the one in charge, though in charge of what is never made clear. The rest is all relationship.

For saying little and doing less, Hotel Chevalier is incredibly compelling. Part of it is the mystery. We don’t know who these people are or what their problems have been, though it is clear that both are broken. She is physically bruised; he is mentally fried. Were not told why, and we don’t need to be. With few lines, extended shots focusing on expression, bizarre kitsch set around the room, and anomalous music, we are presented with complex people. It just turns out that we don’t know how they are complex.

Mystery and Anderson’s always-present quirkiness are not the only draws. Hotel Chevalier is also erotic. Portman, lying on a bed, her leg held high, requiring that her boot be removed for her, is a striking image for a majority of the male population. Much has been made on internet chat sites of Portman’s nudity, particularly after she had stated that she’d never get her kit off on film. Calm down. While the ex-Queen Amidala is technically nude, anyone seeking this out with hopes of Playboy-like frame captures will be disappointed. The titillation is not from naked flesh, but from character interactions laced with passion and pain.

It’s dangerous, or perhaps simply fruitless, to search for a great truth in a Wes Anderson film, yet a simple line gives us one, as well as a great deal of insight into the un-named male (in The Darjeeling Limited hes called Jack). When the girl states she doesn’t want to lose him as a friend, Jack replies, “I promise I will never be your friend”. That may be the greatest truth of romance.

Critics and audiences usually view Anderson’s films as either works of genius or self-obsessed boredom. I agree with both assessments, sometimes at once. His vibrant use of color and texture, as well as his clever but often redundant camera work can become distracting over two hours, but are fresh in a piece under twenty minutes. Likewise, his tendency towards vague answers, cynicism, and contrived whimsy are tailor-made for the short format. I’ve never enjoyed him more.

Anderson’s said that you need to see Hotel Chevalier to get the proper experience from The Darjeeling Limited, but I don’t think its true the other way around. I’m glad to know that there is more to the story of these two eccentric people, but I don’t have any desire to know what it is (well, there’s more to Jacks story; the girl only appears briefly in the feature). With these two, their tale can’t have a satisfying ending, so why even try? I’m content with the image of the pair standing on a beautiful hotel balcony. Hotel Chevalier gives us a moment in their lives, and that’s enough.