While the technological foundation was laid for streaming in the prior decade with Vimeo (2004) and YouTube (2005), the 2010s is the decade that streaming video exploded into mainstream. Watching movies online has gone from a joke to a serious pastime in just a few short years and transformed an entire industry along with it. In 2019, 182.5 million people (55%) in the US viewed content via paid subscription. [YT stat]

As with many things in the film industry, before streaming blockbusters hit mainstream, it was short films that first led the charge and revealed the big opportunity in streaming. Short form content drove improvements in streaming quality, shaped how films are made, defined new genres, and changed how we think about film releases.

As the 2010s come to a close, we thought it’d be fun to look back and reflect on just how far things have come.

Ask any filmmaker pre-2010 about streaming, and most would complain about the low quality. And indeed, at a squint-inducing 480×360, it was rough. But the beat of technology marches ever forward, and over the past ten years, streaming quality has progressed to a point where it’s is no longer even part of the discussion. Most of us can now stream at qualities higher than our screens can handle. YouTube supports videos up to a theatrical-quality 8K, HDR, 60fps, and even new bitrate-intensive formats like 3D, VR, and 360 video.

In fact, the quest for quality drove trends promising to bring us ever-more immersive experiences from Smart TVs to 3D TVs to VR—all promised to revolutionize the way we experience films. Yet, little did we know the biggest shift in how we streamed videos was sitting in our pockets. 70% of YouTube views are now on mobile devices. As streaming quality improved, so did our phone screens and data plans. It’s a lesson we filmmakers seem destined to relearn time and time again because it rubs against our instincts—convenience beats quality.

This meant watching short films has moved from the web to our home TVs, phones, tablets, smart watches, and anywhere else we can squeeze in a screen. These new mediums brought new challenges with varying screen sizes and shortened attentions spans. In turn, filmmakers had to re-think how their films were made, shot, and edited for streaming audiences.

2. The Rise of the Streaming Short Film Release

In March 2011, after 18 months of touring film festivals with our own short film, The Thomas Beale Cipher, we took the plunge and posted it online (and wrote about how we did it). To our surprise, it was welcomed by an enthusiastic audience earning millions of views, news articles, and a dozen generals with producers and studio executives. More importantly, it marked a key turning point for us here at Short of the Week. Suddenly, it was made clear that an online release could be more than a sideshow act following a festival run, but could, in fact, be the main show.

In the decade since, that idea has spread its way across the film industry as more and more filmmakers plan their short film release around their online launch. Today, 27% of films submitted to Short of the Week are world premieres that haven’t yet toured festivals (some never will) and that number has been rising every year.

Today, we encourage filmmakers to plan your release around your biggest opportunity. For many short filmmakers, this is their online release. That means submitting your film before it tours festivals. The benefit is that you don’t even need to release it online right away, but it’s critical to submit early to develop a strategy around your options. Importantly, many talent managers, producers, and development execs are looking online first and valuing premieres that an extended festival run can endanger.

Read our definitive guide to planning your short film release: Be Everywhere At Once: The Ultimate Guide to Your Short Film Release ›

3. The End of Meritocracy

In the early days of Web 2.0, it was possible to put your film online and trust someone would bump into it. Now that there are 500 hours of video posted every minute to YouTube alone, not to mention Vimeo, Facebook, Instagram, and Tik Tok, those days are long gone. Like all maturing mediums, those finding success have become increasingly professionalized, and most filmmakers today need to lean on a larger institution to get their work seen.

After a long-fought battle with YouTube over audience views, Vimeo (the original video publishing platform) is now leaning into its strengths as a platform for video professionals offering hosting services and a job marketplace. The flipside to Vimeo removing things like the homepage feed means their film-loving audience has been relegated to the back seat making it nearly impossible for a short film to find reach beyond a core group of filmmakers and break through to a larger audience.

This has left a gap that YouTube (the web’s #2 most visited site) has largely stepped in to fill. Views aren’t everything, but a million views doesn’t hurt if you’re hoping to parlay your short into a larger opportunity. Over the past year, we’ve built up our YouTube channel and have seen average views for short films rise along with hit rates for those surpassing 1 million views (Locker Room, Negative Space, La Noria)

Check out the Short of the Week YouTube channel ›

New mediums give rise to new genres and we saw that in droves this past decade. Branded Films brought together companies and filmmakers to tell more content-driven stories around shared values (to minor success) before largely fading out. Interactive Films explored many innovative new ways to consume a story (Welcome to Pine Point, Possibilia) and even inspired the Netflix’s hit episode of Black Mirror: Bandersnatch. Sci-Fi concept films proved a lucrative calling card for filmmakers hoping to land feature film deals (Ruin, True Skin). Doc portrait films gave us intimate peeks into new worlds (The Guy: The Brian Donahue Story, Being Batman). Fan films gave us a way to entertain alternate paths for culture’s most obsessed-over stories. We even saw a handful of short filmmakers use their storytelling chops to cross over into gaming (Everything by David OReilly, Kids by Michael Frei). 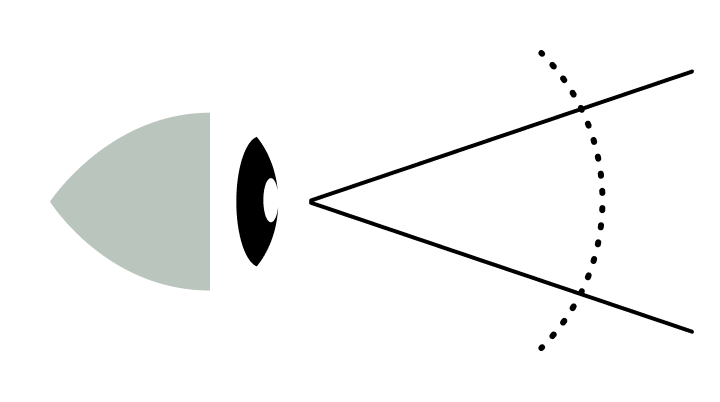 Predictions for the Next 10 Years…

If you’re like us, you already feel as if you’re drowning in way too much content. But the reality is that we may only be seeing the tip of the oncoming iceberg. With established players Netflix, Hulu, and Amazon Prime continuing to invest more in original content, the recent introduction of new streaming services Disney+ and Apple TV+, and the upcoming launch of new streaming services from Discovery/BBC, NBC’s Peacock, HBO Max, Quibi… <takes a breath> …let’s just say, it’s only just begun. The result of all this madness is that in 2020, an estimated $35 billion will be spent on streaming platforms across the board. That’s insane. Consider that the entire US box office generates “only” $9 billion.

Of course, we each only have so many hours in a day, so streaming is likely to continue replacing traditional TV/cable and theatrical. Disney has begun shifting some of its smaller titles like Lady and the Tramp away from theatrical releases and direct to streaming on Disney+.

All of this additional investment in new content will mean…

As the streaming wars heat up, there will be increased demand for great, original content. That competition will be great for filmmakers who will have more options and more outlets to shop their projects. At some point, likely before the next decade is over, the streaming landscape is expected to consolidate. But the years until then will mark a new golden age for indie filmmakers and some of the best content we’ve seen.

Further, those filmmakers who understand how to tell new types of stories designed for the streaming world (and how it may be different from traditional TV/theatrical) will stand to prosper. Like Sci-Fi concept films, we suspect new genres or formats for short films to emerge over the next decade. Filmmakers looking to not only make a great short film but to showcase an idea, a rich world, a new type of character, or a new technique that could be adapted into something larger.

3. A New Path for Filmmakers

We’ve seen numerous successes already of filmmakers side-skirting the traditional pathways to a film career and riding the wave of their online short film release to an adaptation, development deal, or otherwise professional film career. Like dating apps, we think this path will move from exception to the norm. Expect to see more filmmakers finishing a short film, submitting to a place like Short of the Week, and directly breaking into the industry. You won’t need to win a major award at a top festival, you won’t need to live in LA, you won’t need to wait years, you won’t need a family connection—all you’ll need is a great short film 😉

Read our Short List series to hear the stories of filmmakers like Minhal Baig, Lewis Arnold, and Karen Maine braving this new path.

If you’ve been with us for these past 10 years, thank you immensely for joining us for this crazy ride. Here’s to a crazier 10 ahead! Happy 2020!