Set in a world not unlike mid-20th century America, a man's tormented search for peace from traumatic loss results in an unexpectedly destructive awakening after he undergoes a lobotomy.
READ REVIEW
Next Previous 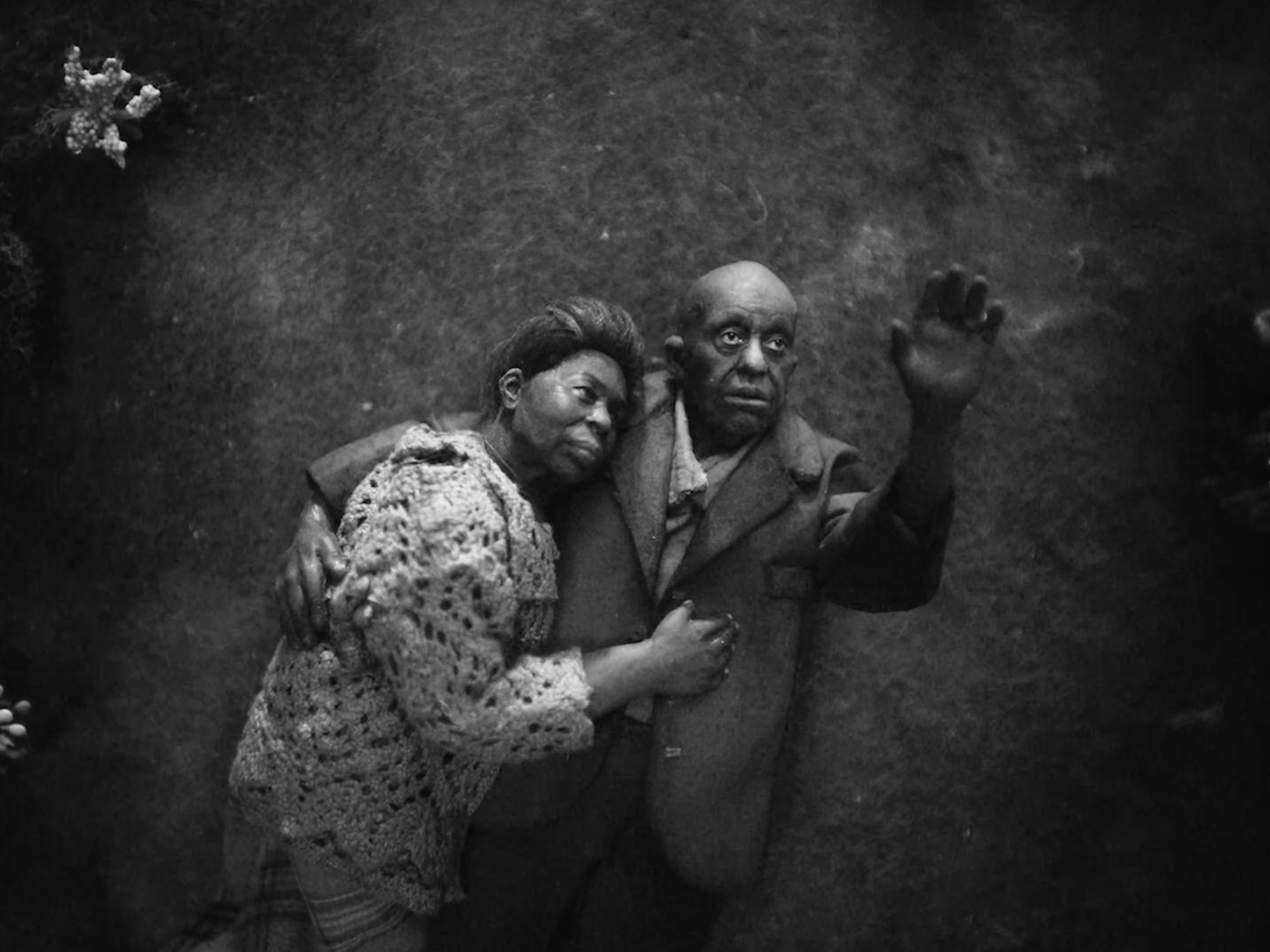 It’s been over six years since we featured Eddie Alcazar’s mind-bending time-travel short FUCKKKYOUUU, but for those who watched it, it’s not a film easily forgotten. Back on Short of the Week with an equally distinct and original short film, The Vandal employs the rare combination of stop-motion and live-action – an approach the director calls “Meta-Scope” – to tell a haunting story of grief.

As a retro-inspired title screen announcing ‘Darren Aronofsky presents Bill Duke in The Vandal‘ fades to reveal a tidy, tree-lined suburb, dramatic string music underscores the visuals, welcoming us to the world of The Vandal. With the shot transitioning from a wide to a close-up of one individual house, we quickly begin to realise this neighbourhood is actually an intricate miniature. When we cut to the interior and we’re presented with the closely framed (live-action) image of the film’s lobotomized protagonist Harold (the wonderful Bill Duke), eyes rolling back in his head as he’s examined by a doctor, you’re already under the impression Alcazar has something unconventional planned for with short and the next shot confirms it. 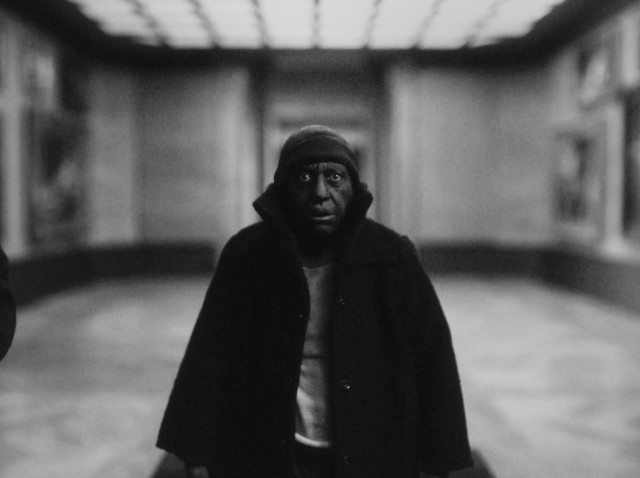 The Vandal employs stop-motion for its wide shots and live-action footage when things need to get closer to the action.

Cutting to a wide shot of Harold’s medical check in his dimly lit house, we’re now thrown into the world of stop-motion and introduced to the magic of “Meta-Scope”, a technique Alcazar explains “creates the illusion of things being more real the closer you get to them”. The term ‘thrown into’ may suggest a jarring effect as we cross from live-action to stop-motion, but that certainly isn’t the case in The Vandal, the short smoothly switching formats like it’s the expected thing to do. The effect becomes so natural you stop questioning it very quickly, falling into the rhythm of the short and losing yourself in the story, while remaining awestruck by its originality.

With Harold’s wife passing away after an unfortunate incident with a step-ladder, his grief and mental fragility lead the film into nightmarish territories as he begins defacing artwork at a museum, believing this will allow him to see his wife again. The “Meta-Scope” approach isn’t just an aesthetically pleasing gimmick though, as the director admits he wanted it to have a somewhat confusing effect, mimicking the emotional state of his central character.

“Stop motion is real and yet it isn’t, which creates this uncertainty in the mind,” Alcazar explains in conversation with Maya Chesley for The New Yorker. Adding that: “The instability that the audience endures mimics the instability that Harold himself must be feeling. He mourns, hallucinates, and finds himself in places he doesn’t remember walking to—mental states that can be hard to capture on film.” 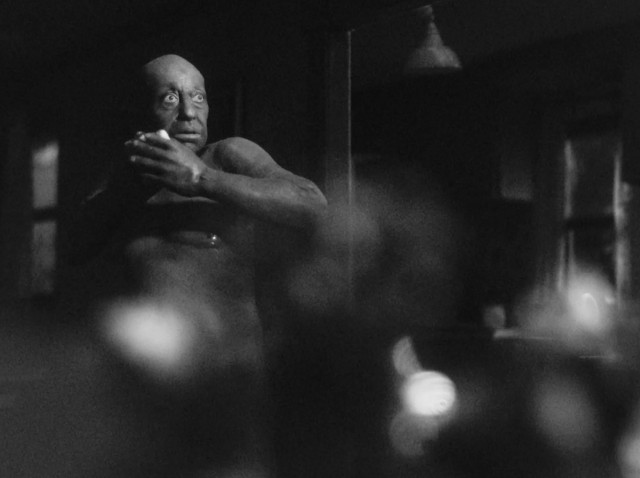 Alcazar’s The Vandal looks to tackle mental health from a fresh new angle, with the help of that remarkable craft.

Having played Cannes, Sitges and Telluride in 2021 and with Alcazar already a filmmaker featured on our site, I’m surprised The Vandal wasn’t a short already on my radar. With my first viewing of the film coming in early 2022 on The New Yorker (where it premiered), I’ve since returned to the film multiple times and my passion grows for it with each new viewing. The melodramatic feel, the black and white photography, the unexpected storyline, all elements that would have already made Alcazar’s short stand out, but bring that unprecedented craft into the equation and this is exactly the type of innovative filmmaking we love to champion on S/W. We’ll be announcing the awards winners from our 2021 coverage very soon, I’ll certainly bring The Vandal up in our conversations this time next year.

Inbetween FUCKKKYOUUU and The Vandal, Alcazar made his debut feature Perfect, which screened at SXSW in 2018. With the director now developing a feature version of The Vandal and revealing the short took around 18-months to complete (and you can see why!), I’m not sure I can wait that long for more “Meta-Scope” action!