A young boy’s struggle with an ocean of chickens, peeing, the universe and his rough cousin.
READ REVIEW
Next Previous 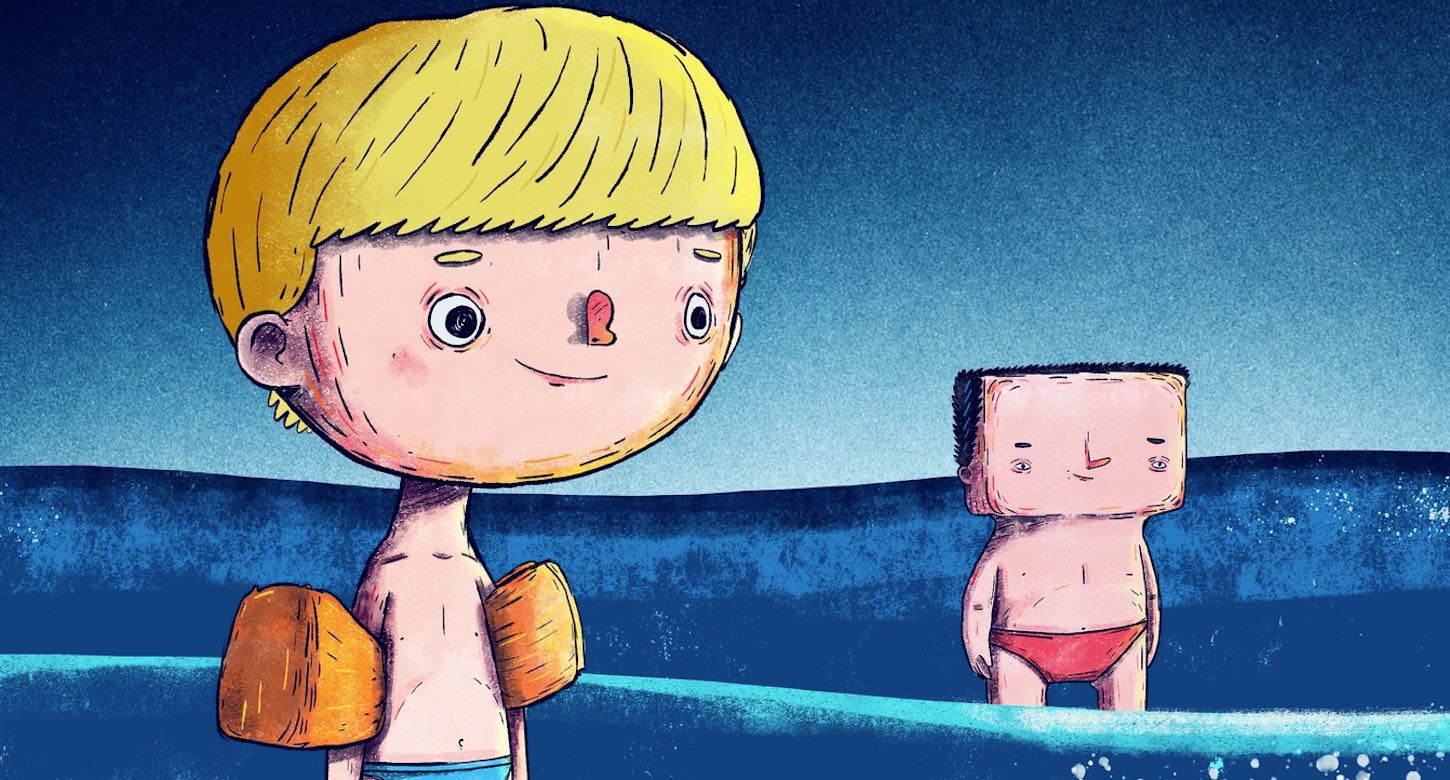 The world can seem like a huge and overwhelming place when you’re young and eclipsed by almost everything. It’s a perspective you only really experience in your youth and one that’s difficult to capture on-screen. Animation would appear to have the best tools available to portray this skewed viewpoint, as is perfectly illustrated in Christoph Sarow’s immersive short Blieschow.

With the 15-minute short following a young boy as he journeys to his grandfather’s farm and enters into a jealous battle for the stoic man’s attention with his cousin, it comes as no surprise that a short this evocative and specific was inspired by personal experience. “I took inspiration from my childhood memories and the summers I spent at my grandfather’s farm on the isle of Rügen”, Sarow explains in this brief interview with Film School Fest Munich. Elaborating further in this interview for Animationsinstitut:

“Suddenly this huge fund of absurd situations, fantastically exaggerated childhood memories and emotional constellations opened up. Was the German shepherd really so gigantic? Was I really standing in a sea of chicken? Did it all really happen that way? I had great fun writing everything down and working out the first concepts. That was the foundation, the setting, on which I could build creatively. A combination of old memories and newly invented ideas emerged. That is how a story about a boy who is in competition with his cousin to get his grandfather’s approval and love, on a farm with rules that are foreign to the protagonist, developed.” 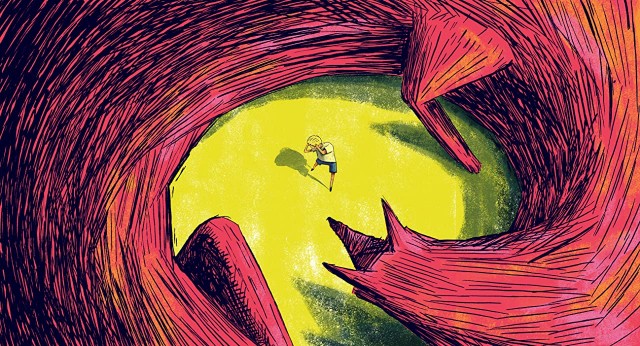 A clever use of scale is just one of the ways Sarow puts you in the headspace of his innocent protagonist.

As mentioned earlier, Sarow has put together a truly evocative experience with Blieschow and though you may not identify with the exact situations of his film, we should all be able to recognise the childhood perspective presented throughout the short. With the success of this largely down to the creative production on show, Sarow uses a series of ingenious cues to put us in the headspace of his young protagonist. From the use of scale (the grandfather and his dog dwarfing the boy like he was an insect, not a child) to the inventive sound design (the mountainous creaking of his giant relative) the filmmaker has covered all the angles to completely immerse us in his narrative and his world.

Created in 2019 as part of his studies at Filmakademie Baden-Württemberg, Blieschow had a strong festival run, picking up awards at Berlin Interfilm Festival and Bucharest Short Film Festival, alongside nominations at Anima and Palm Springs ShortFest. Sarow is now working as a freelance Animation Artist.