When Clémence and her parents arrive late at a big country picnic, she quickly find herself cruelly ostracized by a group of children already playing at the gathering.
READ REVIEW
Next Previous 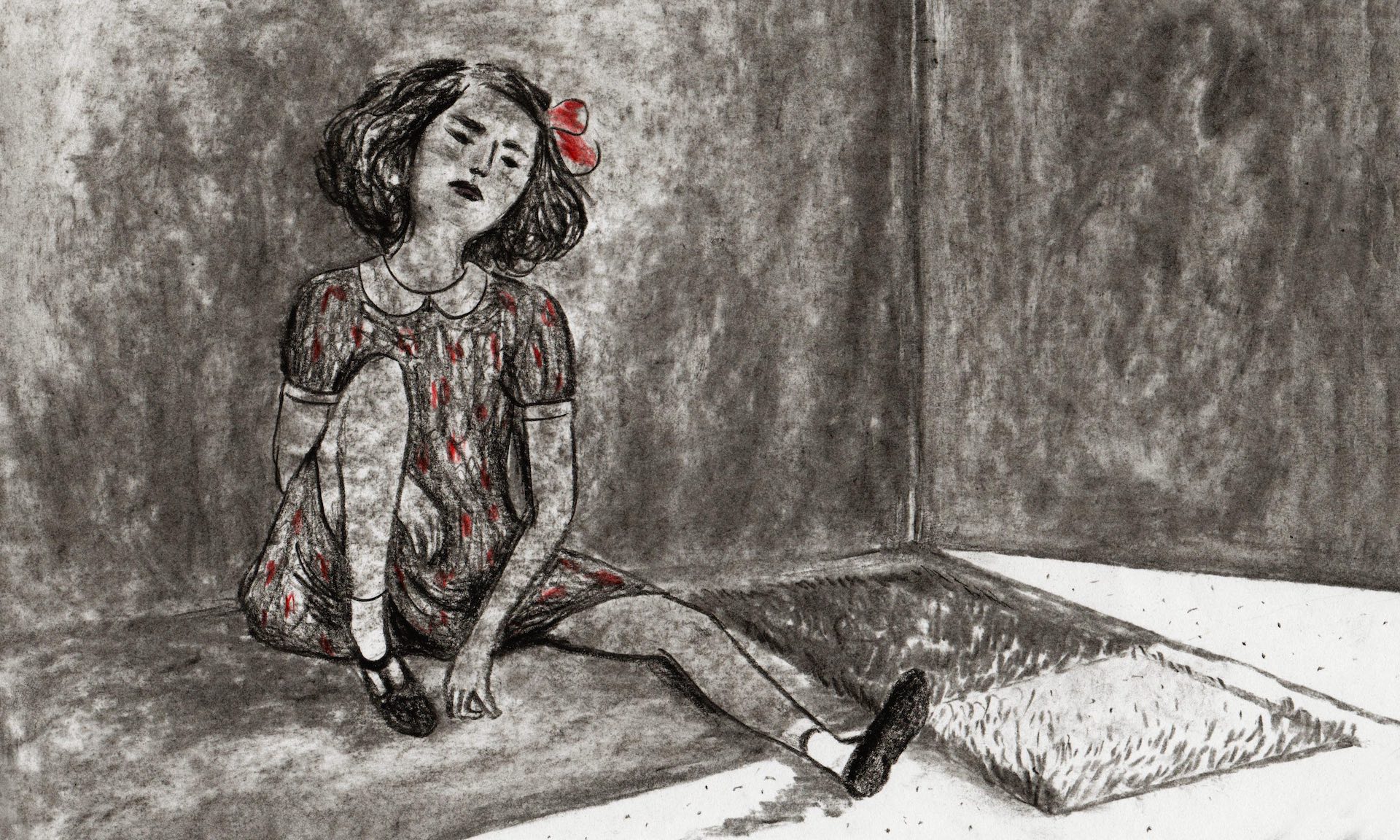 A proverb dating back to antiquity, “Still waters run deep” is an apt summation of L’après-midi de Clemence, an animation that uses the placidity of its natural setting and gentle pacing to dramatize the roiling currents of hurt underneath a young girl’s calm exterior. With a unique visual aesthetic created by black stone sketching and colored pencils, artist Lénaïg le Moigne cultivates a “stormy and anxious” atmosphere that belies the stoicism of its bullied main character, as her feelings shift during an afternoon of exclusion and abuse.

Clemence is thoughtful but introverted, and from the moment of her family’s arrival to the picnic there is a creeping dread. She is an outsider in this group of children and an initial moment of indecision in closing that gap seemingly seals her fate. Through carefully observational direction we see that le Moigne is attuned to the social psychology of children, as Clemence progresses through escalating no-win situations. The initial failure compounds, her refusal to be goaded by the wave of whispers empowers their mounting volume. Removing herself from the other children’s company only accentuates her deviancy to the group, and of course the adult world, oblivious in the midst of meaningless small talk, offers no sanctuary.

The dynamics are not revelatory—we were all schoolkids once—but le Moigne’s ability to progress the plot subtly and tell a nuanced interior arc without explicit reaction shots or expository comments is special. Instead the film facilitates empathy via space and, especially, Clemence’s observations of nature—a POV shot 2/3rds of the way through the film is exceedingly simple—she simply looks at her shoe—yet is profoundly effective at inviting the viewer into her headspace as she struggles to shrug off the taunting she’s just endured. Her potential thoughts, “I don’t care, it doesn’t matter, I can still fix this” ring out as clearly as if they were verbalized.

A graduate of France’s EMCA, L’après-midi de Clémence represents le Moigne’s first professional film. Produced via hotshot outfit Miyu Productions which has emerged in recent years as a force on the international independent animation scene, the film enjoyed a decorated festival run, including plum spots at non-animation events like the Berlinale. As for next steps, signs point to her continuing to work to develop the aesthetic signatures evident in this film, as evidenced by her most recent work, Glas Animation’s 2020 Signal film. She is currently re-teaming with Miyu on a new short film, titled A Ferris Wheel in the Desert.