Javier is back in his hometown of Buenos Aires, torn between the needs of his mentally ill mother and the life he’s built in Europe.
READ REVIEW
Next Previous 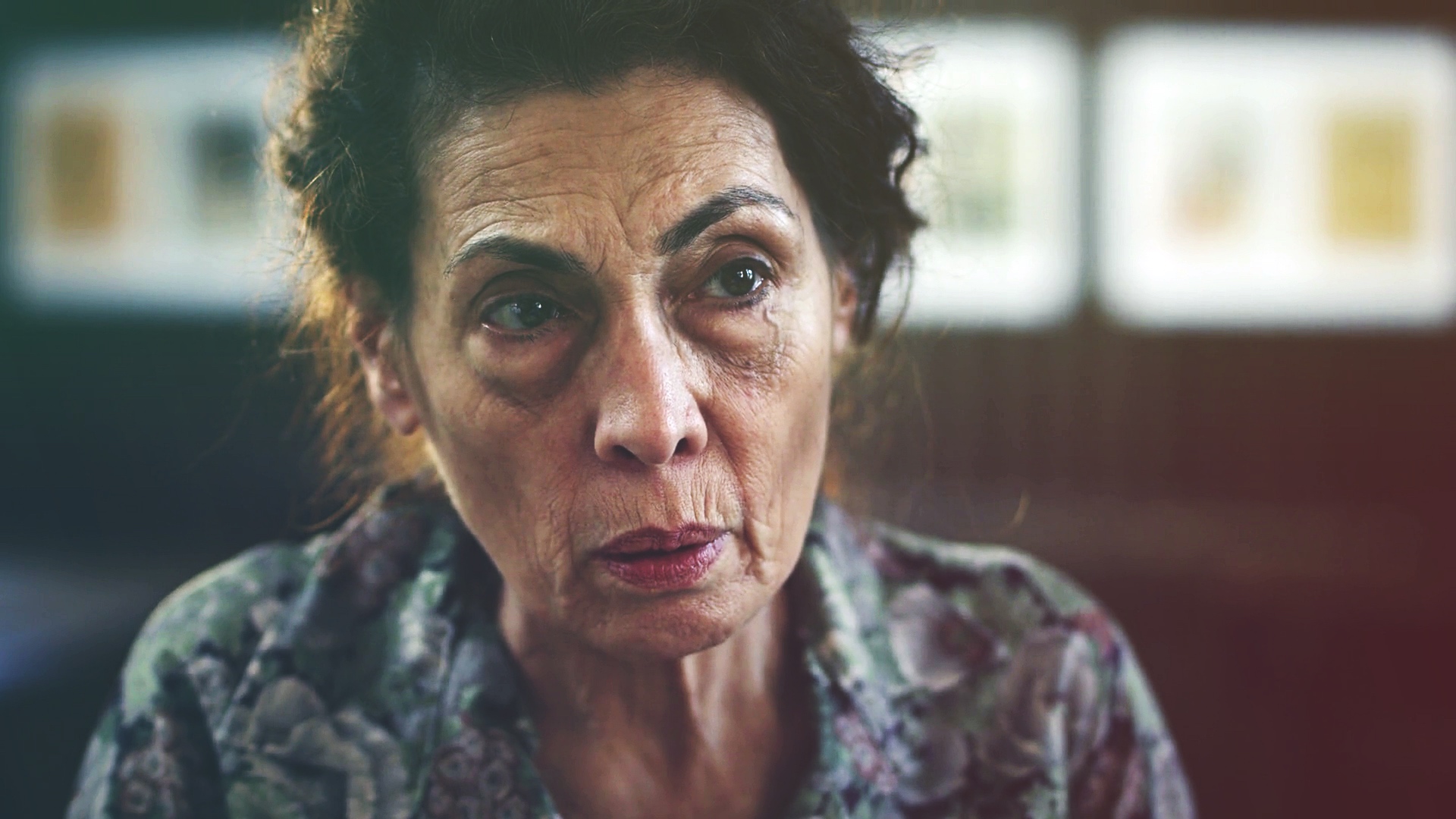 When we first meet Javier and his mother Miriam in Franco Volpi’s August Sun (Sol de agosto), their honest way of interacting is refreshing. Asked how she feels, Miriam answers “mal“ (“not good“), in a matter-of-fact way. The film keeps this dry sense of humor in scenes throughout. Asked by another patient in the hospital what brought him there: “And what do you have?“, Javier deadpans “I have her“. But, the film is not a comedy, and as it progresses, the ability of levity to soften the angst fades in direct correlation to Javier’s sense constriction increasing. An empathetic depiction of the relationship between a mentally ill mother and her son, the film interrogates Javier’s psychology as he is caught between love, duty, and his own freedom, bogged down in circumstances made worse by the stressful bureaucratic hurdles in our society.

Throughout the film, Javier struggles to deal with an overwhelming situation. Still dealing with the death of his father months ago, he has to take care of his widowed, bipolar mother while also filing a lawsuit against the insurance company that is supposed to cover the costs for Miriam’s assisted living home. As if that weren’t enough, Javier has to face an even more consequential dilemma: His own life and possible future is waiting for him back in Vienna, but his mother and the ties to his past are in Buenos Aires. Which option should he choose? How can he even make the right decision?

This is the conundrum Javier finds himself in. It is a testament to Franco Volpi’s talent that he has the necessary sensibility to handle this topic delicately and still evoke a self-reflective thought process in his viewers. The sensitive approach to these subjects is clearly motivated by the filmmaker’s own experiences and the long gestating development process that went into the film:

“This project [is] the result of real-life problems regarding my own ailing mother, my late father and my personal life. During the tumultuous period following my father’s death, I had to confront a series of difficult challenges, with my mother’s well-being front and center,” the writer/director explains.

Volpi never pushes any agenda on the audience or looks for an easy emotional catharsis in the narrative. The significance of Javier’s efforts is depicted in intimate, almost banal scenes that get increased significance because of the filmmaker’s assured handling.

“Settling on this project was not an easy task. I tried opting for something else as my grad thesis. But I kept circling back to it. It kept gnawing at me. I feared it’d be too painful and too personal a project to take on. But, in the end, these were precisely the reasons why I decided to make this film.“

I don’t want to get too personal here myself: Mental health awareness is very important to me and I’ve mentioned before that I lost my own father a few years ago. But August Sun raises another question that I’ve struggled to come to terms with for a while: What would I do if my mother got sick and there was nobody else to take care of her? Would I be willing to put my life on hold? That hard truth is: I don’t think so. But I’m not sure how I’d react when push comes to shove. What would you do?

With August Sun, it seems like we have found the Latin American answer to British filmmaking legend Ken Loach. Like the director of such films as I, Daniel Blake, Franco Volpi masterfully succeeds in marrying social realism that makes larger points about society with intimate, compassionate character drama. Javier’s fight against the bureaucracy and injustices of the health system illustrates the struggles a lot of citizens face in their daily efforts for empathy in a cruel, corrupt game.

The truly impressive achievement of August Sun is that all of these things aren’t delivered through grand gestures, soap-box speeches or Hollywood-style courtroom scenes. Like with its characters, the film is more interested in what normally falls between the cracks: The absurdist back-and-forth between the main character and his lawyer before the all-important court decision. The somber tone during a phone call afterwards.

August Sun had its world premiere at the 2018 Palm Springs International ShortFest and was shortlisted for the 2018 BAFTA Student Film Awards as well as a finalist at the 2018 Student Academy Awards. Given that this is only the beginning of Volpi’s career, with August Sun being his graduation film at The London Film School, we can hopefully expect much more from this gifted filmmaker. He already knows what a lot of less subtle filmmakers need to learn over a decade-long career and even then never realize: Sometimes the most impactful scene between two characters can be communicated through one soft, tender touch.