Some people can’t escape the voices in their head, but for Jess it’s her two larger-than-life talking breasts that she can't seem to get away from.
READ REVIEW
Next Previous 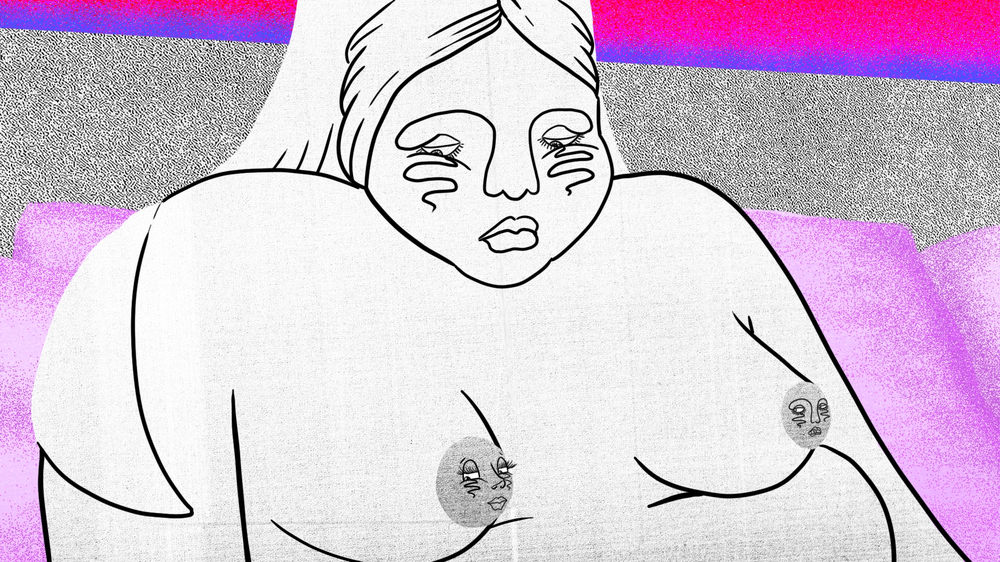 If your boobs could talk, what do you think they’d say? I imagine my left one would be quite bitchy, no doubt overcompensating for being the smaller of the two! In Caitlin Young’s delightful RCA animation Breast Friends, the director not only gives her protagonist talking breasts, they also have quite different personalities.

Using comedy to make a serious statement on self-deprecation triggered by society’s pressure on women to look a certain way, Young’s five-minute short both charms and resonates. Whether you have body-image related hang-ups or not, breast assured (sorry) that Breast Friends will get under your skin and tickle you in all the right places.

Whilst most people have an internal monologue, Jess is forced to endure listening to her very outspoken and argumentative mammary glands instead. One evening when she’s supposed to be getting ready to go out with her friends, her breasts get particularly chatty, voicing their owner’s low self-confidence and anxiety over her appearance. Though this commentary is negative, the style of the film oozes positive vibes. The film is brought to life through 2D frame animation, with playful character designs and vibrant backgrounds, matching the outrageous premise of the piece.

“From identifying these two voices, the idea to use breasts as a device to tell the story was born”

Young shared with us that Breast Friends was based on her own personal struggles to conform to certain expectations in order to fit in and be accepted. “I have wanted to make a film about the immense pressure on women to conform to a westernized idea of beauty for a long time. When I started the project I identified two conflicting narratives within myself; considering myself to be a feminist but also performing in certain ways for the male gaze, or feeling inadequate if I didn’t think I could. From identifying these two voices, the idea to use breasts as a device to tell the story was born” – the director explained.

I can certainly relate, as I too have dealt with very similar conflicting emotions, throughout most of my teenage years and into my adult life. As a subject I’m deeply passionate about, I’ve naturally devoured endless content on body positivity and female empowerment but I’ve rarely come across a film as fresh and fun as Breast Friends. Young also spotted this gap in the overcrowded market.

“When doing research in the early stages of making the film, I felt a lot of the work that had been made on the topic of female beauty was more surrounding female empowerment or women overcoming their issues. Whilst that kind of work completely has its own place, I felt I couldn’t always identify with it myself. As a result I decided I wanted to make something that was relatable to others that had suffered from low self-esteem and who had their own loud/mean inner monologues.”

It was a plan from early on to use comedy in order to use a ‘slice of life’ type narrative, keeping the audience engaged with the characters and underlying message. Young doesn’t preach yet another clichéd sermon on self-love and she’s also brave enough to admit having what many would undoubtedly label as anti-feminist thoughts and feelings. Yet we’ve all thought and felt them at some point in our lives, whether we like to admit it or not. The real stroke of genius in Breast Friends is the way these thoughts and feelings are vocalised, through a couple of pot-smoking, wine-drinking boobs and a particularly cheeky bottom. What’s not to love?