A meditative character study focusing on Paul Harper, a desperate father whose exhaustive search for his lost son has led him down a path of unintended exile.
READ REVIEW
Next Previous 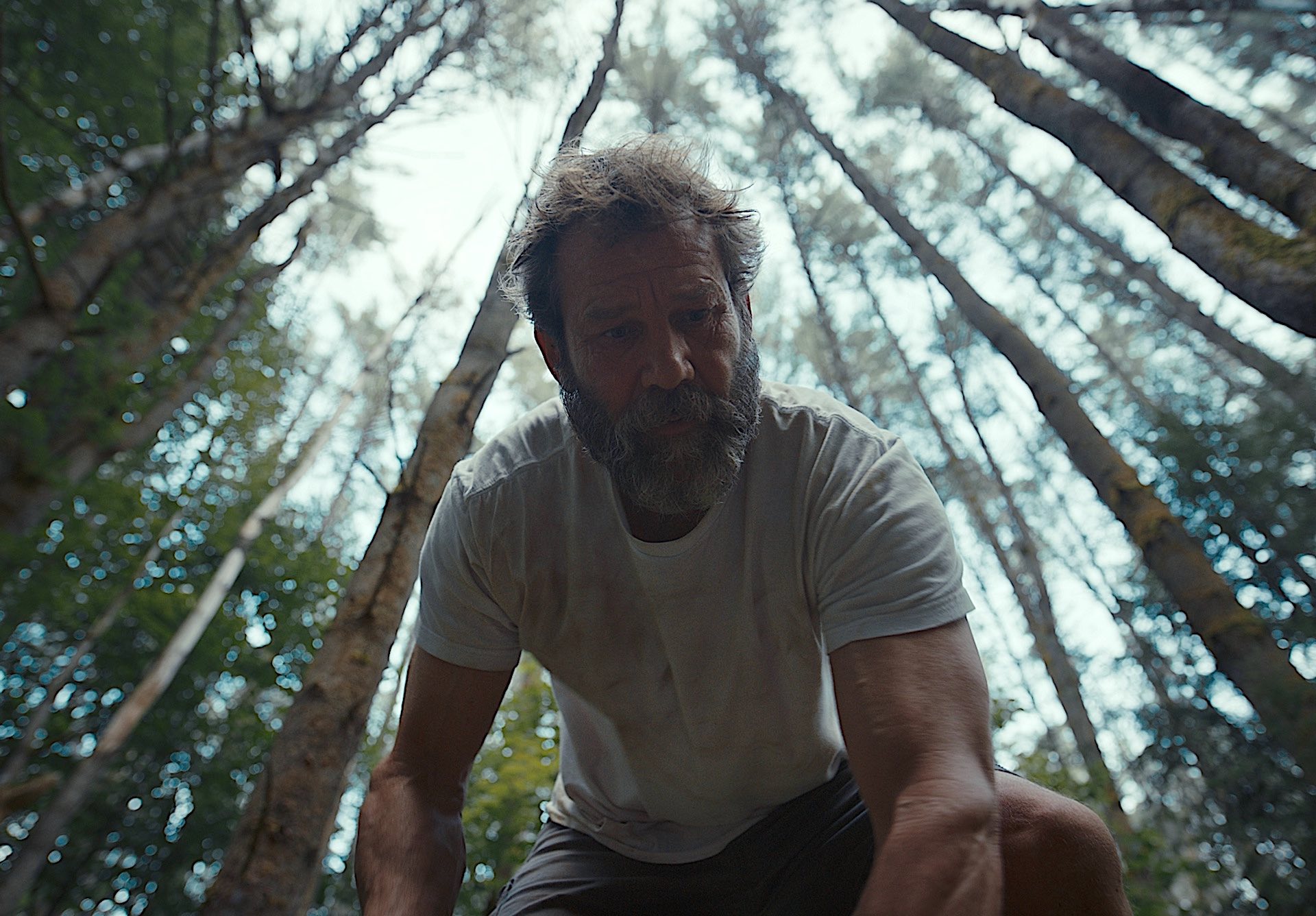 Alexander Hankoff’s Missing is a hauntingly intense meditation on grief and loss, a film that draws the audience into its mysterious and meditative qualities through its uneasy suspense and striking cinematography. Paul Harper, a middle-aged man, wanders through the woods and arrives in a small town. As the narrative unfolds, we start to realize what it is that sent him on this path. What at first seems like a lonely hiker about to combat his midlife crisis, turns into something much darker and more pressing. But, with every revelation, more looming questions arise.

With the wilderness setting of its early moments, the film evokes works such as Into the Wild or Kelly Reichhard’s Old Joy—films that bring the divide between the outdoors and society into sharp relief. But, as the story unfolds, the mysterious aspects of the work overtake these superficial comparisons, giving way to a more personal, profound approach. What becomes clear is that the trauma and hurt that affects Paul is internal and the setting incidental—Paul is alienated through loss in a different sense, situating him in a longer lineage of “man set apart” films in the tradition of Taxi Driver on to Lynn Ramsey’s You Were Never Really Here, or even the Joker. Paul is self-destructively erasing his bonds with society in order to follow a self-enforced masculine code, but, in the case of Missing, the alienation burrows deeper inward towards grief than outwards towards violence.

The way trauma informs Paul’s decision to live detached from functioning society is slowly unveiled by Hankoff in the form of a series of expository reveals. A resolute focus on Paul (Paul Arthaud), produces an intimate character study that, when combined with Hankoff’s visually sophisticated direction never allows the film to loosen its grip on the viewer’s attention. But, this focus broadens out at key moments away towards backstory—voice mail messages play a key role, as Paul occasionally reconnects to the relationships he has abandoned, providing heart-breaking context. His whole life has been taken over by the unresolved threads of his painful past, but in his obsessive dedication, he ignores that there are still people depending on him. He is not the only one who has to deal with the emotional ramifications of the film’s unacknowledged precipitating events, as the calls from his estranged, distraught wife make achingly clear.

The initial inspiration for the film grew out an interest in bringing “the personal story of one out of the half-million people who went missing in 2018 to the surface so viewers could empathize closer with this common tragedy“. While this topical concern motivated Hankoff, the film’s distinct execution was influenced by technical curiosity. As the director explains:

“The motivation behind the project came in late 2018 when I had just taken ownership of my Alexa LF camera and Cooke S7 lenses. I filmed Missing in the LF’s full-frame aspect ratio of 1.43:1 in order to explore a variety of environments and how they translated to such a large frame. I was very happy with how beautifully the camera and lenses rendered the wide variety of locations Paul travels through in the film, ranging from massive lakes and mountain landscapes to cramped motel rooms.“

The film is indeed impressively staged, evoking a constricting atmosphere through the combination of its confined framing and powerful aerial shots. Through Hankoff’s otherworldly direction and cinematography, we are viscerally injected into the character’s surreal circumstances—inhabiting Paul’s hefty, melancholic presence while on his relentless journey. One senses constant implications for a possible threat, an unexpected encounter or a revelatory clue just around the corner. The mixture of the character’s obsession and stoicism ultimately creates a blurry relation to truth itself, providing a disorienting ontological conundrum: is Paul on the hunt to find his missing son, or has he himself become the missing person?

Confronted with a form of impotence in the face of his grief, Paul turns to obsessive behavior to distract himself from the harsh reality of loss, looking for an answer he is unlikely to find. It is clear that Paul will never attain peace—even if he were to accept his son’s fate—so he chooses to transform his helplessness and anger into a self-destructive quest on the road to nowhere.

Three years after Yellow, which the filmmaker co-directed with Alexander Maxwell, we are glad to see Alexander Hankoff return with another visually impressive work. A DOP/director by trade, he has worked for brands such as Calvin Klein and Estée Lauder, after starting out making “multi-media fashion stories in the early days of web video magazines like Showstudio and NOWNESS“. You can also watch his documentary anthology NYChapters online. In between commercial work, Hankoff is currently developing a new web series and his first feature film, which he plans to begin filming in the Fall of 2020.