Angelo Jackson, a veteran horse trainer with a checkered past , puts it all on the line to win the race of his life.
READ REVIEW
Next Previous 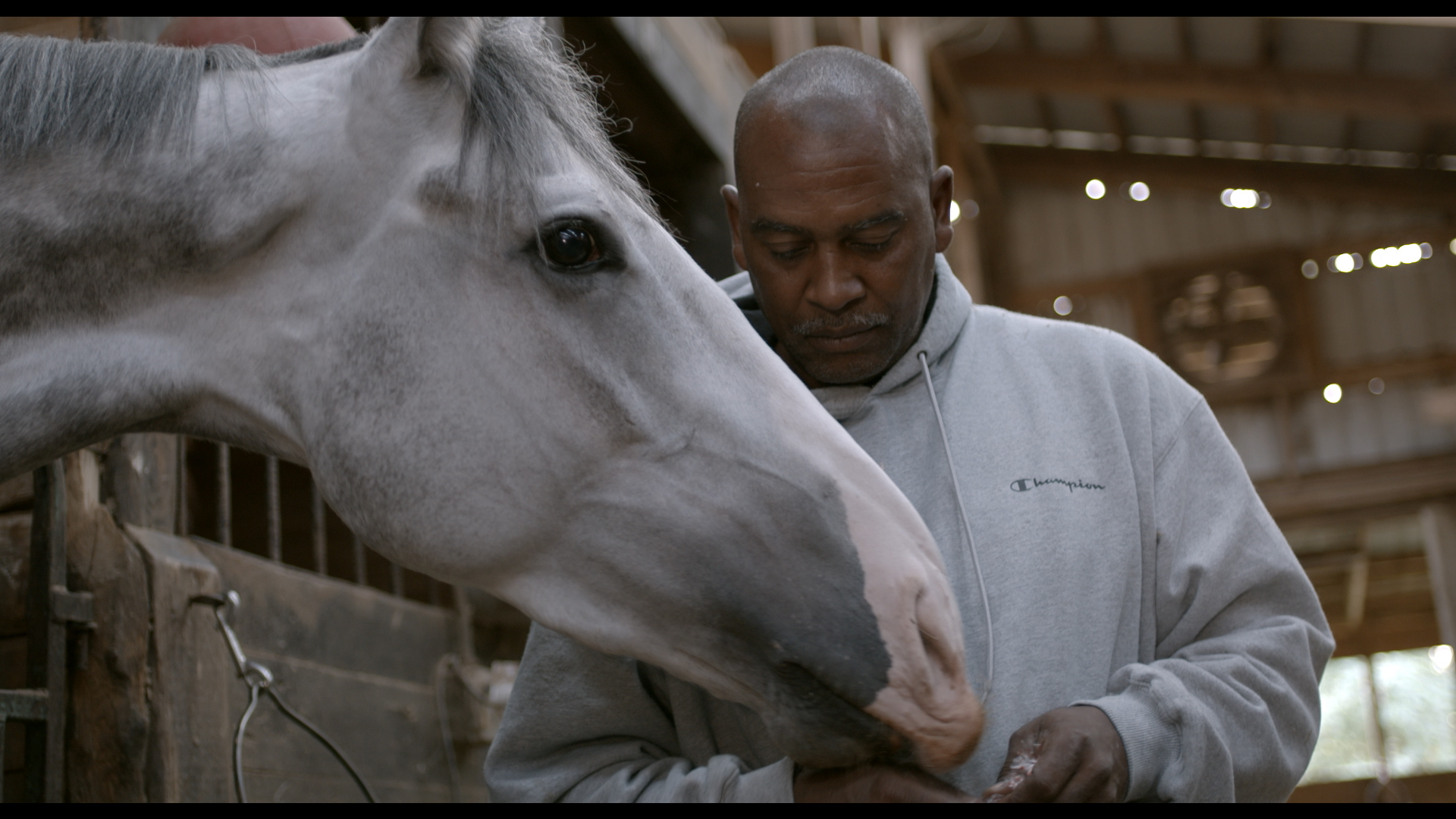 As an opening title card in Jake Bulgarino and James Young’s Halter Off reminds us, few sports produce better characters than boxing and horse racing. Think Rocky. Think Sea Biscuit. These sports feel tailor-made for cinematic adaptation, leaning heavily on scrappy heroes who start from the bottom and work their way to greatness. Who doesn’t like a good rags to riches tale?

Telling the story of veteran horse trainer Angelo Jackson as he seeks to make a stake in a sport that is often dominated by those with money and means, Halter Off is a classic underdog tale with such a perfectly constructed narrative arc that it almost seems manufactured. But, magically, it isn’t. Bulgarino and Young, working with their team at the production company EASTWARD, have found the rare combination of engaging documentary protagonist and subject, with a story that unfolds with near perfect structure.

I complain so often about the landscape of online short docs that my kvetching at this point borders on cliché. But, to repeat myself, there’s just a lot of “portrait” doc shorts being made right now: most are beautifully shot, but few grab me in terms of story and character. In some sense, my criticism is unavoidable—no matter one’s cinematic craft, a lot of what makes a documentary compelling comes down to luck. After all, a doc filmmaker can’t control how the story plays out. So, in the case of Halter Off, it’s almost surreal how well-structured it is. There’s an interesting protagonist—a horse trainer with a checkered past—who struggles for both victory and redemption in a sport that seems to want to undermine him. Hell, there’s even the “big race” at the end against his mentor to serve as a climax. It’s all so intrinsically cinematic that it’s surprising Mr. Jackson’s story hasn’t already been optioned by a major Hollywood studio.

As good as the story and subject are, though, all of it would be for naught if the technical execution wasn’t up to par. Fortunately Bulgarino and Young deliver. The film is handsomely shot and crafted with some nice verité cinematography. I’m somewhat biased to be sure as I grew up only a half hour away from Charles Town, West Virginia, so this region feels familiar to me. Still, though, it’s captured here with aplomb. I have some qualms with pacing—for such an energetic story, the film lulls at points during elongated slow-mo shots—but, when that final race comes, the thrill of the sport and the significance it represents for Mr. Jackson are impossible to ignore. You’ll be cheering and screaming right along with him.

Bulgarino is currently at work on his next documentary piece: a short Documentary called Abe the Hammer. Set in Virginia Beach, Abe the Hammer follows a young man with a very rare genetic disorder who reclaims his independence and sense of community after joining a local Jiu-Jitsu studio.