Three young women learn about loss over the course of one Bonfire Night that takes them on surreal journey into the depths of the English countryside.
READ REVIEW
Next Previous 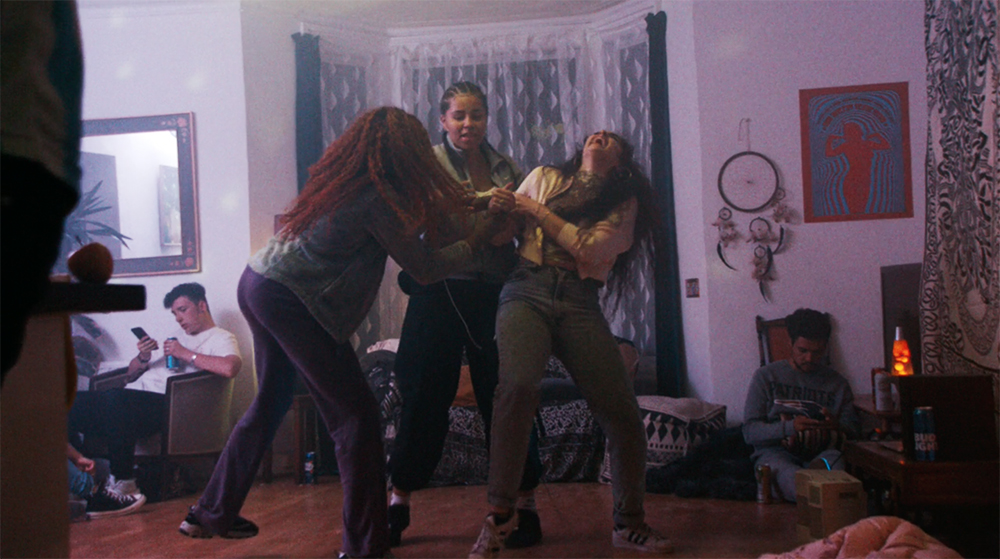 There’s nothing quite like being surrounded by your best friends, nor is there anything worse than losing them at a young age. After the sudden death of their friend, three young women go on a journey into the depths of the English Countryside to rediscover their friendship and what it means to move on. Thematically exploring loss, friendship, and girlhood, Lucy Luscombe’s PAGANS is a surreal realization of the act of letting go.

“I wanted the cast to feel like they were going on an adventure for real, so none of them really knew what was coming”

Somewhere between documentary and fiction, Luscombe’s approach blends scripted performances with improv. A filmmaking choice which allowed the actresses to behave so organically that their friendship felt decades old rather than days.

“I wanted the cast to feel like they were going on an adventure for real, so none of them really knew what was coming,” explains Luscombe. “They didn’t know what the story of the film was, only who each of their characters where and how they related to each other within each scene.”

Casting only one professional actress within the group, the script was kept as loose as possible. More like a crazy road trip than a film shoot, Luscombe knew she had to create environments that encouraged spontaneity and authenticity. Filming in a real crowd of people at the Lewes Bonfire Night posed challenging, as did staging a house full of party goers.

The effort was certainly worth it, as the actors were able to respond naturally to one another, creating their very own language amongst each other. As the girls begin to find a new balance after the loss of their friend, the emotional journey is thus reflected by their physical one.

Colored with compelling adolescent girl code, PAGANS’ portrayal of female friendship transcended the script. From singing in unison, to a particularly profound moment when the girls dance to an All Saints’ track called Never Ever, their bond will feel as real as the friendships you grew up with and you’ll mourn their loss all the more for it.

Known for her stylish music videos, it’s no wonder that PAGANS has a number of musical breakout moments that serve as both visual eye candy and a cathartic release of grief for her characters. When the girls decide to get high at the bonfire, in an attempt to stay lighthearted, it’s like watching a rave against a backdrop of trippy fireworks. Later in the film, as the house party turns sour, that aforementioned dance routine makes for a nostalgically touching moment as the friends pay tribute to their lost friend.

Much like a soundtrack, old phone conversations with their deceased friend echo memories of their inner turmoil. By the time PAGANS ends, after a rollercoaster of shifting dynamics, embarrassing moments, and deep camaraderie, the weight of it all transforms into something wonderfully fulfilling.

A profound film about adolescent grief, PAGANS unravels the mystery behind what it means to be friends. Currently, Luscombe is writing a feature and continuing her music video and commercial work.