A young female tiger leads a leisurely life in an isolated animal kingdom. But as a volcano stirs in the background, other dangers rumble closer by.
READ REVIEW
Next Previous 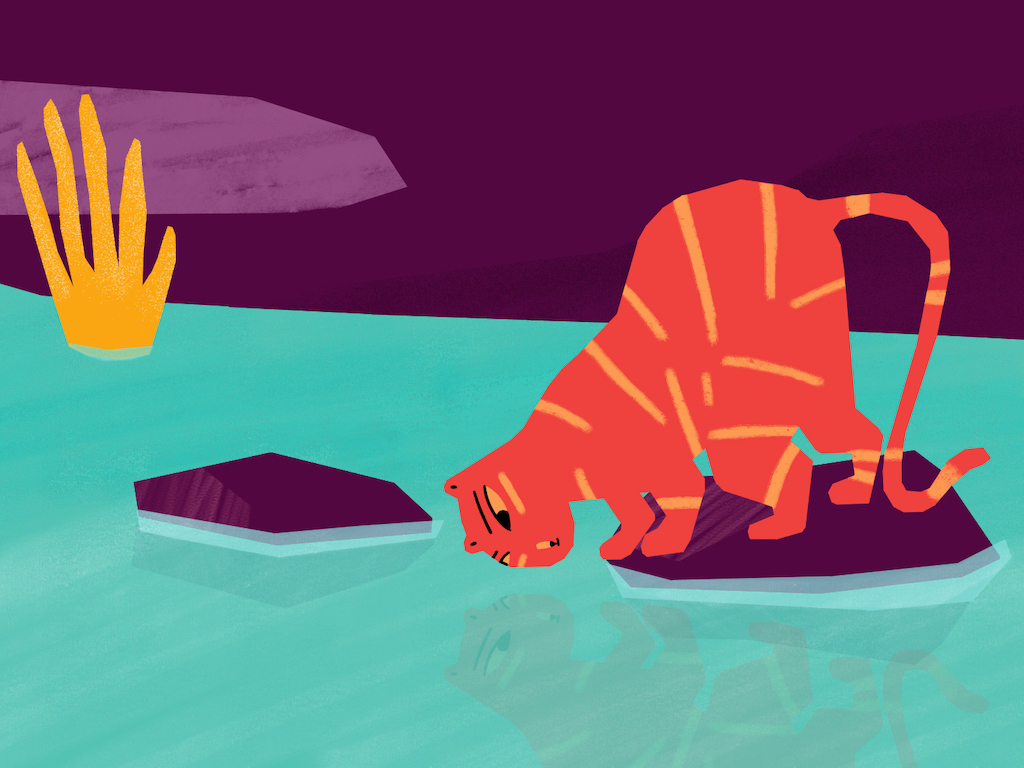 Festival programmers and curious netizens – a short film’s main audience – are an impatient lot, and many filmmakers adapt by trying to hook viewers within seconds. What strikes you first about Anna Katalin Lovrity’s Volcano Island, then, is that it takes its time. The titular island’s animal inhabitants go about their business: birds fly about, snakes lazily snake, and tigers lounge on shaded riverbanks. Only once the island’s placid ecosystem is established does the narrative focus on a young tigress, and the threat she faces. This is the work of an assured storyteller.

Lovrity’s art is born of limitations. When she was six, her mother threw away their television; this spurred her to explore her creativity. She drew, painted and wrote, and eventually went to study animation at Moholy-Nagy University of Art and Design in Budapest, her home city. There, a hand injury forced her to put down her pencils and brushes for a while. So she turned to the less precise medium of paper cutouts.

Although Volcano Island, Lovrity’s graduation film, was produced digitally, the collage aesthetic remains. The island is composed of flat, angular blocks of vivid colour. The visuals are a treat in themselves – like a work by Matisse or Eric Carle come to life – but the ambiguity of these semi-abstract shapes also feeds into the plot. A hoary old male tiger starts to stalk the protagonist, and as his intentions become clear, she grows fearful and insecure. Cue ingenious shots in which the old tiger is disguised as a rock or hill, his malevolent presence spreading throughout this island paradise.

The film is being fêted as a savvy example of #MeToo filmmaking, yet it premiered eight months before the first accusations against Harvey Weinstein emerged. The fable was inspired by Lovrity’s own experience, as well as her friends’. As a teenager, she recalls, “I was slowly approached by an older man, but I was too naive to realise what was happening to me. Even though I felt extremely uncomfortable, I did not dare to reject him, because he was respectable, and it was hard to believe that he had bad intentions.” The old tiger’s white colour ironically evokes innocence; the choice to set the story among animals suggests that the problems it depicts are deep-rooted and universal.

That she tackled this subject before it really entered the discourse speaks to Lovrity’s boldness as a filmmaker. That she did it so expressively, without resorting to dialogue, demonstrates her talent. Volcano Island is not sensationalist or heavy-handed: it has the confidence to make its point gradually, through moods and symbols. In her next film, Marble and Lemons, the animator will look at a young woman’s relationship with her ailing mother. If it is as subtle and elegant as this film, it should do well.