3am. 1980s Hongjing. In an aging private hospital, a single-minded surgeon is forced to break her physician’s oath when violent gangsters storm in to stop a crucial operation.
READ REVIEW
Next Previous 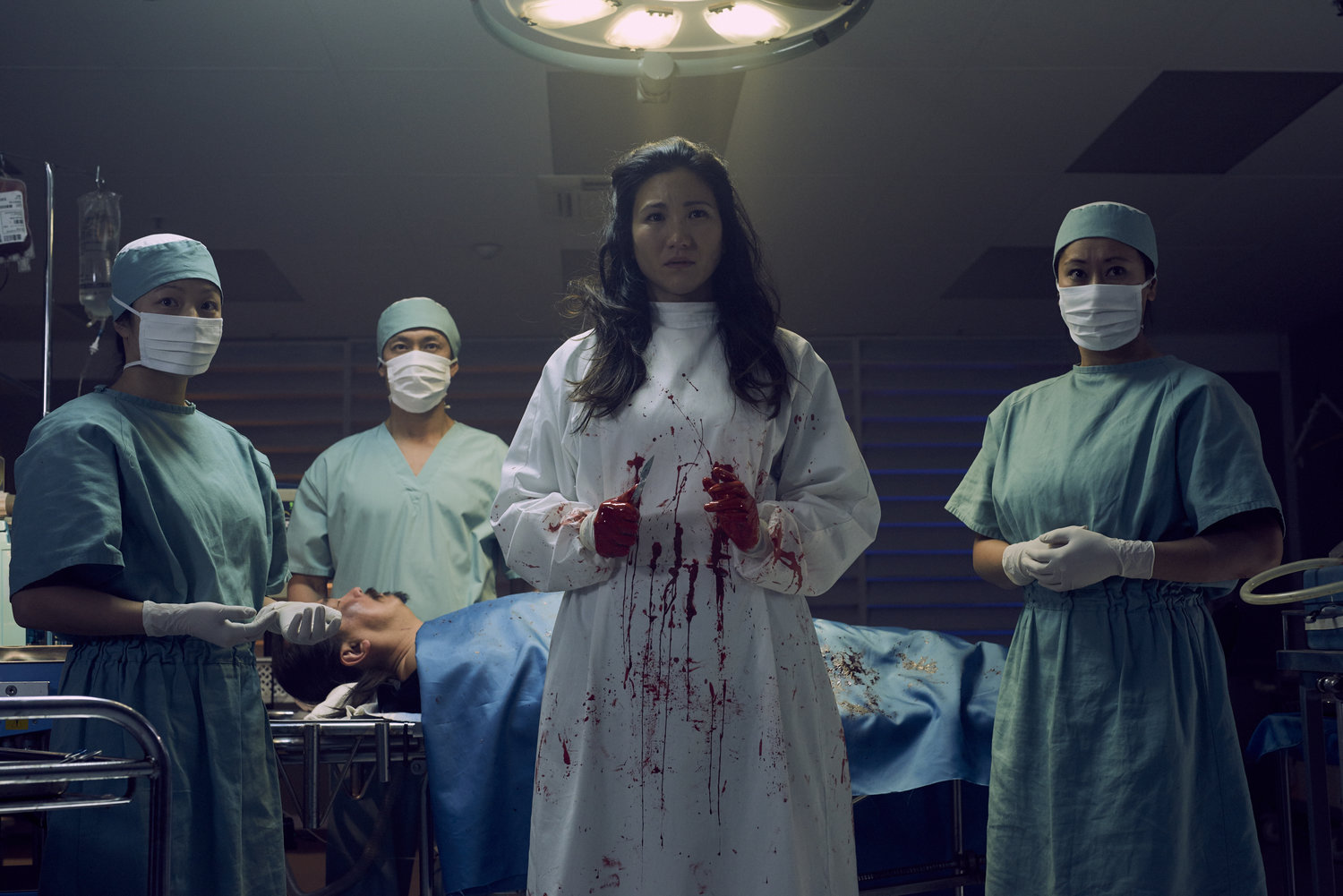 Described by director Roseanne Liang as an intense, satisfying, specific tale of flawed humanity, short film Do No Harm is 12-minutes of pure badassery! Jam packed with action and blood, the film follows a surgeon being severely tested on her will not to break her Hippocratic Oath, making for a visually striking and emotionally charged viewing experience.

Inspired by a quote by British novelist Neil Cross, describing the intensity of the feelings triggered by the birth of a child and the lengths one would go to in order to protect them – murder included, Liang penned a screenplay that would depict a situation where the lead does not have a choice but to go full throttle on the violence.

Do No Harm is not, however, bloody action for the sake of brutality. With its tonal depth, we navigate the complexities of morality and humanism through the eyes of the surgeon. There is a sound reasoning behind her behavior – she is here to save her patient, not judge him – which gives the film a more compelling dimension and makes it resonate with the audience, despite the quite unusual premise.

Liang is already an established (genre) filmmaker and is the first one to admit that playing with squibs, blood rigs and prosthetics is fun! Nonetheless, Do No Harm showcases some remarkably precise direction. The frantic nature of the film jumps out of the screen and infects the audience with a frenzied energy.

The fight scenes are impressively choreographed and shot with inventiveness and attention to the smallest details, making for a dynamic, entertaining watch. Liang credits her editor and composer as an integral part of the process when crafting the distinct tone and style. Not a massive midnight aficionado myself, I had to admit that Liang’s direction got to me with its perfect mix of control, subtlety and creativity. And honestly how refreshing is it to see a female character kick ass and for a noble cause!

Do No Harm premiered at the 2017 edition of Sundance, before making a stop at SXSW in its festival run. Writer/Director Roseanne Liang has been quite busy with various projects, but we are most excited (since she left us wanting more) by the recent news that Do No Harm will be the base of a feature film, as John Wick’s David Leitch has come aboard to produce!