After being emasculated at a sales conference, a gay couple decides that the only way to regain their confidence and prove their masculinity is to sleep with some women.
READ REVIEW
Next Previous 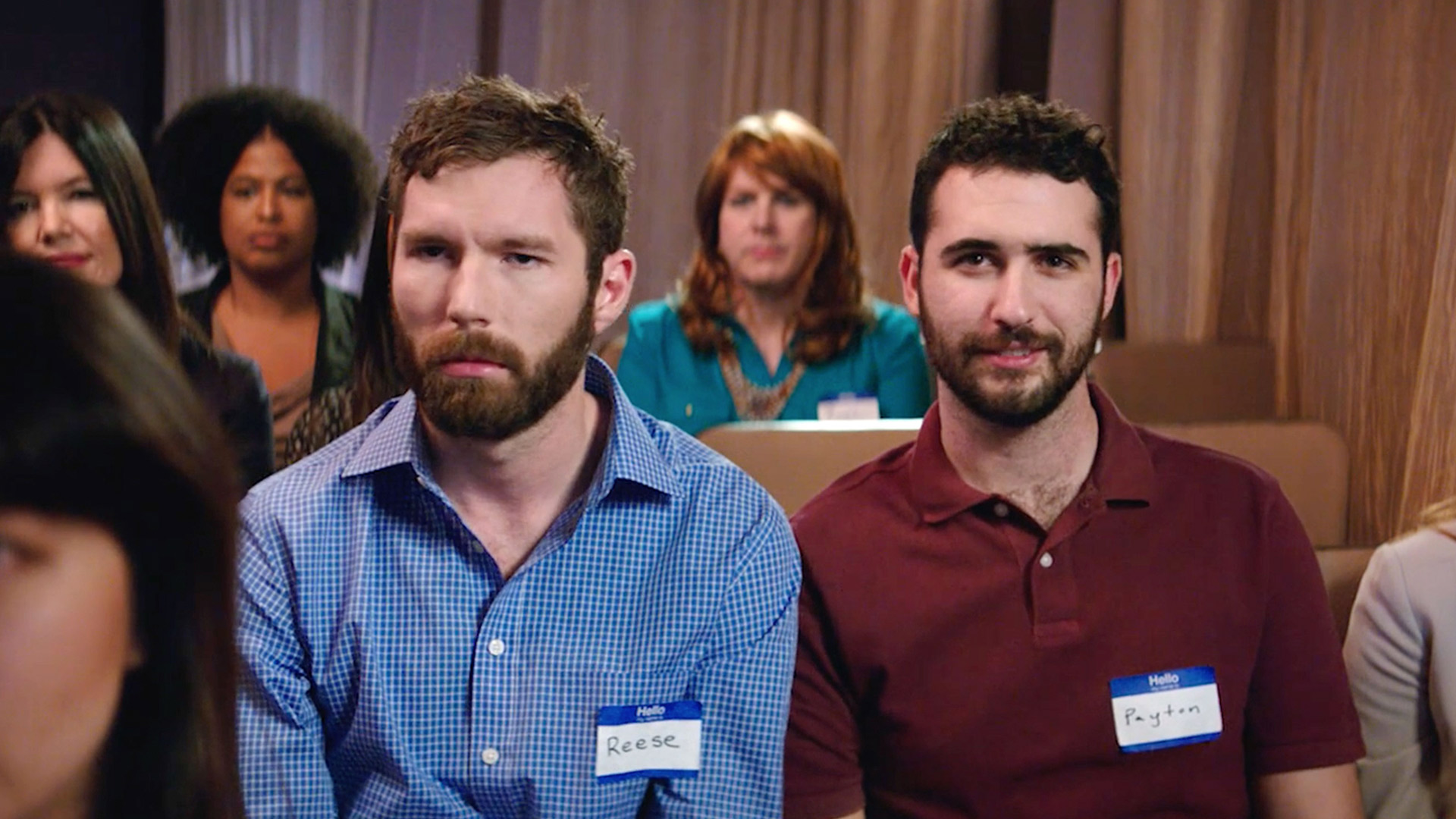 When it comes to comically skewering gay tropes, few do it better than director Jordan Firstman. A three time S/W featured filmmaker, Firstman returns to the site with his latest film, Men Don’t Whisper, which recently screened at Sundance, SXSW, and was selected as a Vimeo Staff Pick Premiere.

After the polarizing (but engrossing) two hander, Call Your Father, Men Don’t Whisper is certainly more accessible, but it’s still very much in Firstman’s style. He’s a filmmaker that likes pushing buttons—his characters tend to be comically exaggerated, but they never become so broad that they feel slapstick. The result is an original voice in what has become a crowded online landscape of LGBT shorts.

Here, the pitch is two “basic” Californian gay guys attempt to prove their masculinity by bedding two “basic” Midwest white girls. It’s a mishmash of stereotypes that never feels stereotypical. It’s also undeniably hilarious, featuring pitch perfect leading performances from Firstman and his co-writer, Charles Rogers (both of whom are writers on TBS’s Search Party). There are also a slew of other familiar faces. Cheri Oteri goes full nutbar as a ridiculous Ponzi scheme hype-person, and Bridey Elliott and Clare McNulty play the protagonists’ marks with respective reactions of skepticism and naiveté.

The set-up takes the sex comedy—normally the realm of raunchy straight shenanigans—and flips it on its head. For once, gay men are pretending to be straight instead of the hack-joke converse. The comedic premise allows Firstman and Rogers to examine cultural norms, asking big questions like “what does it mean to be a man?” in a way that is unique and hilarious. They are also exploring toxic masculinity from an unconventional perspective. As the film shows, you don’t need to be heterosexual to treat women like objects, and thus, misogyny isn’t just a straight man’s game.

With Rogers as his co-pilot, this is Firstman’s outright funniest film. It’s filled with punchline after punchline, all perfectly executed through character and plot. It’s a veritable feast of both physical and verbal comedy, supported by larger, headier ideas about one’s place on the sexual spectrum. Good stuff.

As always, we’re eager to see what Firstman does next. We have a feeling, he won’t be relegated to the short form for much longer…