Haru returns home in denial after a tsunami, where he must learn to deal with his loss through an encounter with a magical sea Spirit.
READ REVIEW
Next Previous 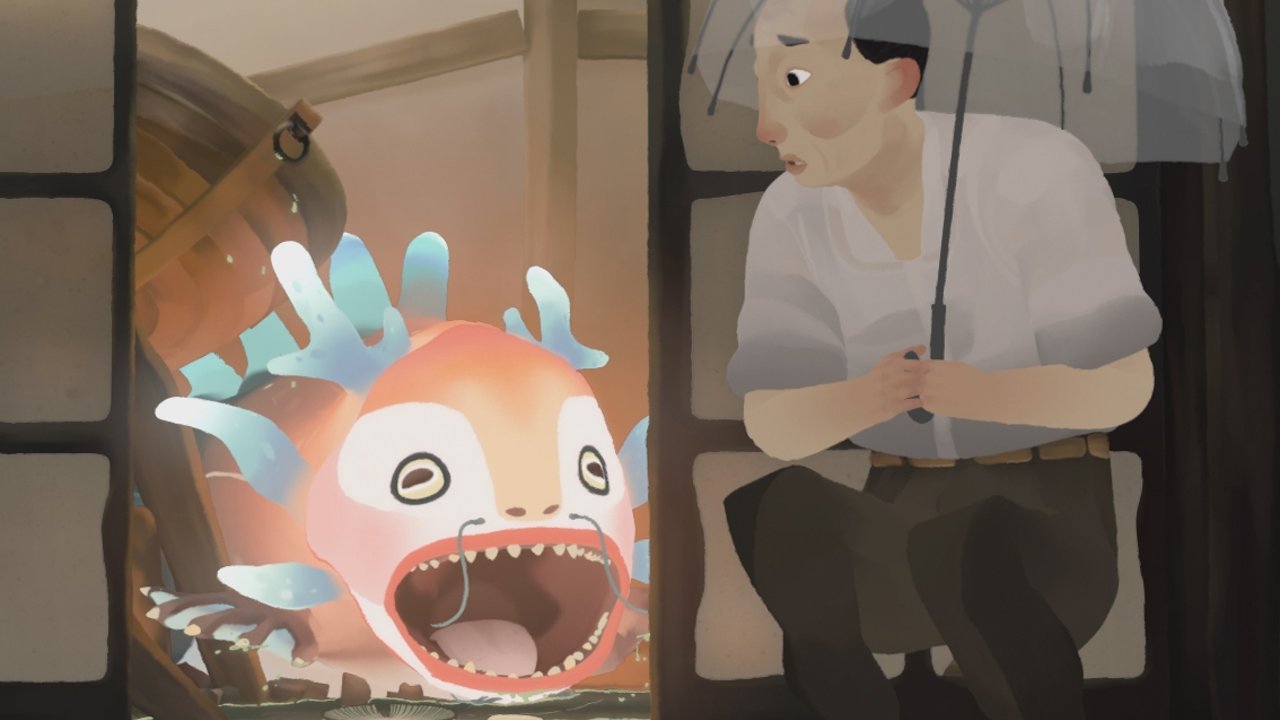 Having featured work from the students of The Animation Workshop in the past, we’ve come to expect great things from the Danish school. Proving once again why we’re right to hold them in such high regard, their latest offering Tsunami is a confident and assured short adopting a meditative pace and thoughtful narrative.

The graduation film of third year Character Animation and CG Arts students Sofie Nørgaard Kampmark, Jess Nicholls, Morten Jæger, Line Bering, Steffen Christensen, Pernille Kofod Hansen and Michelle From, Tsunami is the story of a devastated man, returning to his devastated home after the titular catastrophe. It’s an absorbing and beguiling storyline that manages to feel both heartbreaking, mythical and beautiful in equal measures and whatever you take away from the narrative it’s a film that feels like it will reverberate long after watching.

With its magical, spiritual themes and Asian setting, it’s hard not to watch Tsunami and be reminded of the highly revered work produced by Studio Ghibli. Although that may feel like a heavy and somewhat burdensome comparison to put round the neck of any short film, its a parallel that also displays the weight and impact of this Animation Workshop film, both narratively and visually.