When two strangers meet by circumstance, they spend the day together and overcome the obstacles of their language barrier through emotional connection.
READ REVIEW
Next Previous 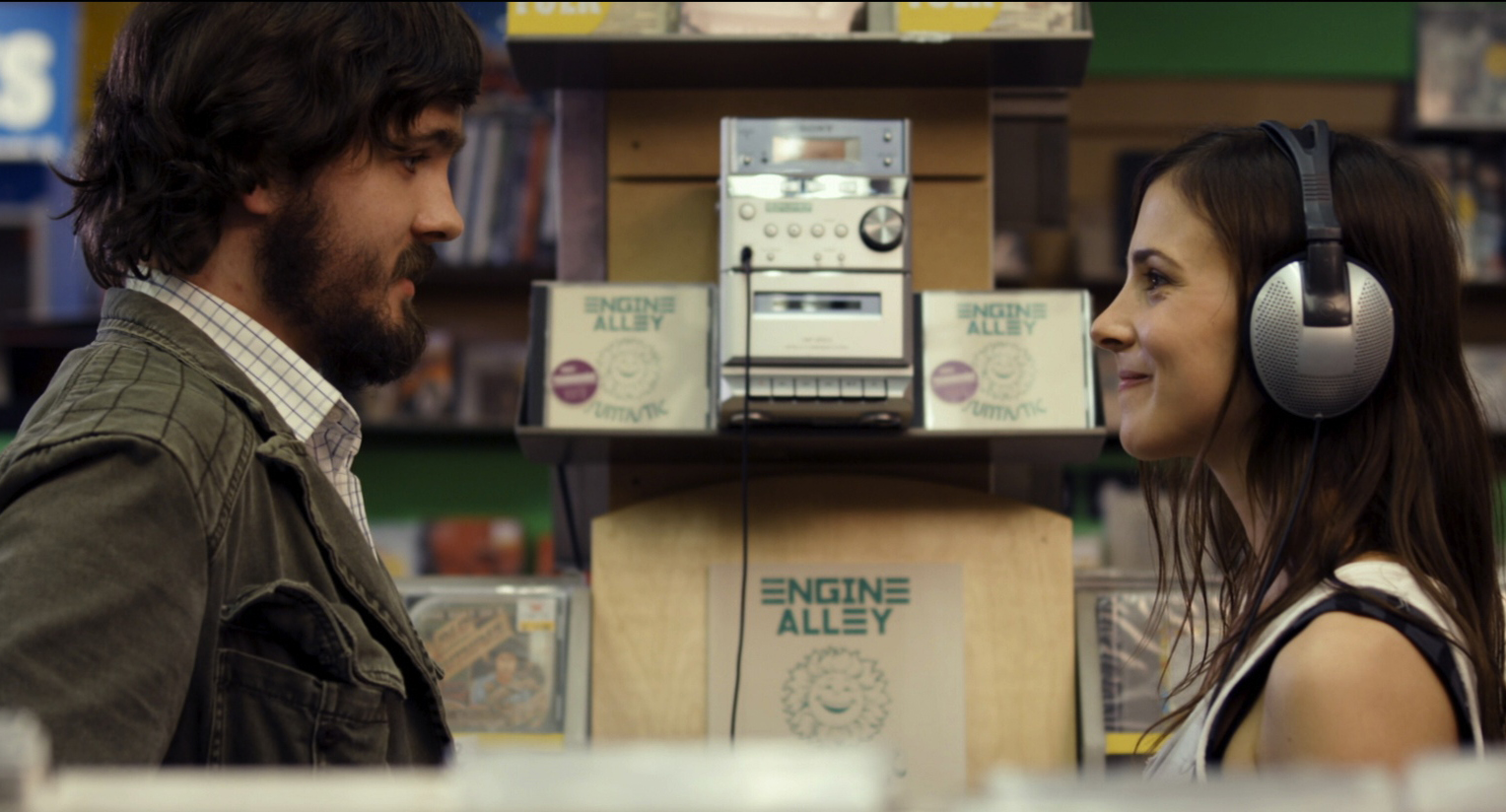 What is the foundation of human connection? Can two people understand each other without speaking the same language? Can a man and a woman be in love without the romantic aspects of a relationship? Shimmy Marcus’ RHINOS asks a lot of questions by telling the simple story of German tourist Ingrid and Irishman Thomas meeting and spending time together. It doesn’t matter that he doesn’t speak German and she knows no English, by passing language barriers the pair are able to find a connection that ultimately helps them understand themselves better.

All Thomas wants is to read his book on a park bench, until Ingrid sits down beside him, clearly frustrated. She’s on vacation with her boyfriend, but there seems to be some tension in her relationship. Her neediness and persistence pulls Thomas out of his introverted state, and although they have almost no idea what the other one is saying, they decide to spend the day together. When visiting the local zoo, Thomas shows Ingrid his favorite animals, the rhinoceros, and when he describes them it’s clear that he’s talking about himself. And when they browse through a shop, it’s no coincidence that Thomas shows her a DVD of Before Sunrise, which is an obvious inspiration for this film. RHINOS trades casual conversations for what can only be described as monologues told to someone who doesn’t really understand them, the chance meeting between the two and the brief amount of time they spend together making for a sweet and eventually touching short film that’s not concerned with being your typical love story.

RHINOS tells a profound, observational story about loneliness, human behavior and love, while being true and honest to it’s characters and the initial premise. Produced with additional support of the Goethe Institut Ireland, it makes convincing statements about how we as people can make connections regardless of the language we speak, if we’re only open to it. Filmed on a shoestring budget over two days in Dublin, the direction of the film is flawless, but what really makes the difference are the great performances by the two main actors Aylin Tezel and Fionn Walton. Director Shimmy Marcus met actress Aylin Tezel at a screening of his feature Soulboy at a film festival in Germany where they decided to collaborate on a film, and he knew Irish actor Fionn Walton from working with him at “The Factory” where he runs the Actors Studio. Tezel’s natural and almost aggressive charm define her character and relationship as much as Walton’s melancholic aura tells us all we need to know about his current situation. One can feel what they are experiencing and through their interaction we not only get a glimpse into their life, we reflect about our own behavior and what it means to be a social being.