Analogue People In A Digital Age

As the analogue age draws to a close, eight men sit in an Irish bar and battle to remain relevant in the digital world; the TV in the corner a harbinger of this technological future.
READ REVIEW
Next Previous

Analogue People In A Digital Age 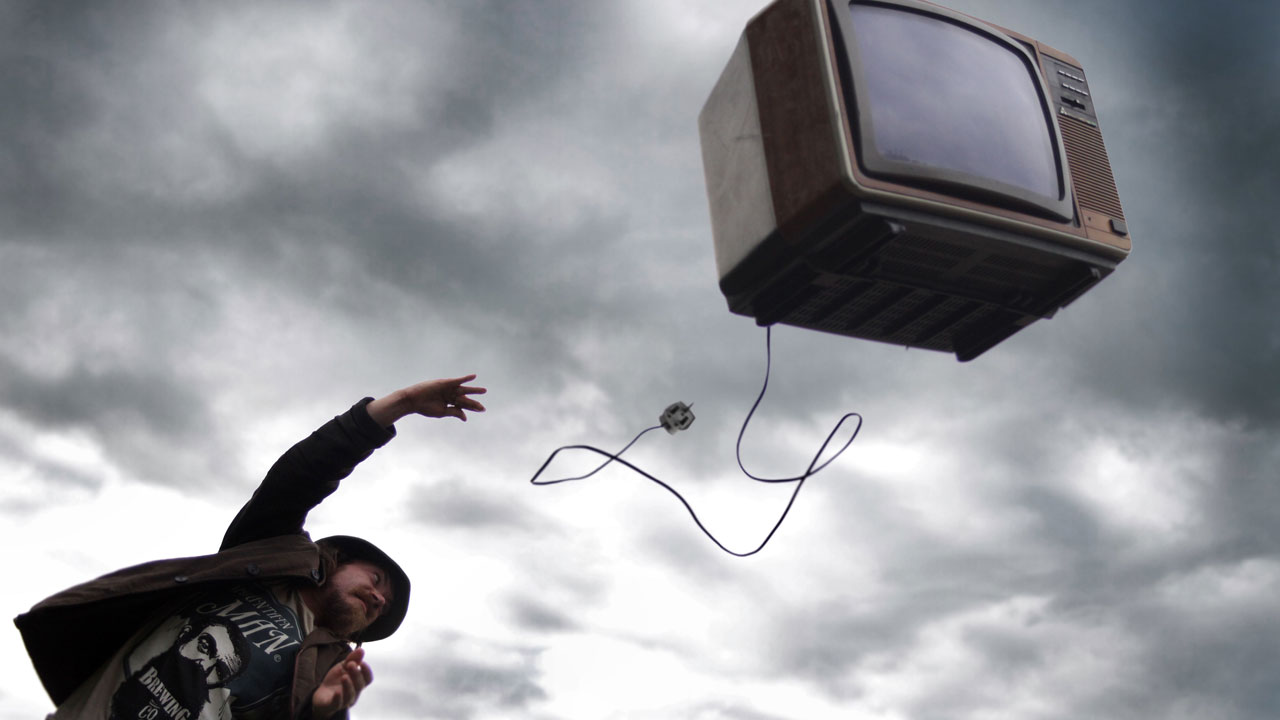 Set in Johnny Walsh’s pub in Gort, on the day of the analogue to digital switchover of television transmission in Ireland, if you’re thinking mixing alcohol and conversations about broadcast technologies doesn’t sound like engaging matter, then Analogue People In A Digital Age is here to prove you wrong. Created by Jill Beardsworth & Keith Walsh (aka Twopair Films), this surprising documentary elevates itself above its original concept as conversations with the drinking establishment’s locals soon evolve to talks about life, death and quantum physics.

Managing to feel relevant, insightful and entertaining in equal measures, although Analogue People In A Digital Age sets itself out as a documentary about changing technologies, for me its setting means it becomes a film more about society and lifestyle. Capturing somewhat of a dying culture on film, the location choice of Beardsworth & Walsh’s film means as an audience we’re invited into an environment many of us wont have had the pleasure of experiencing. In the UK and Ireland, the public house has been one of the main focal points of communities up and down the land for many years. Yet with this industry in rapid decline in recent times, the pub may soon become a thing of the past and in the future we may well be looking back at Analogue People In A Digital Age as more of a document of changing social behaviour, than a film about the impact of evolving technologies.

“Life, like a dome of many-coloured glass, stains the white radiance of Eternity”

Created as part of the The Irish Film Board funded Reality Bites scheme, which aims to encourage experimentation and the realisation of fresh approaches to non-fiction filmmaking, Analogue People In A Digital Age’s distinct approach means it’s a film that stands out in a field currently saturated with portrait and profile documentaries. Much like the winner of the 2014 SotW ‘Short of the Year’ award, The Runners, this is a short that works because of the unexpected results thrown up by its interviewees. Although, I’m sure the filmmakers would have gone into filming with the hope of capturing some of the eccentric characters contained within the walls of Johnny Walsh’s pub, they probably weren’t expecting conversations on Einstein’s theory of relativity and poetry quotes.

Analogue People In A Digital Age certainly won’t be a film for everyone and I’m sure there’ll be many people who won’t be able to follow the conversations captured on screen [subtitles probably could have enhanced the experience for some] – but given the chance it deserves, this a short packed with warmth and even a little wisdom.