The Silly Bastard Next To The Bed

In 1963, JFK recorded one of the most foul-mouthed telephone calls ever made from the White House. This is the story of the silly bastard who started it all.
READ REVIEW
Next Previous

The Silly Bastard Next To The Bed 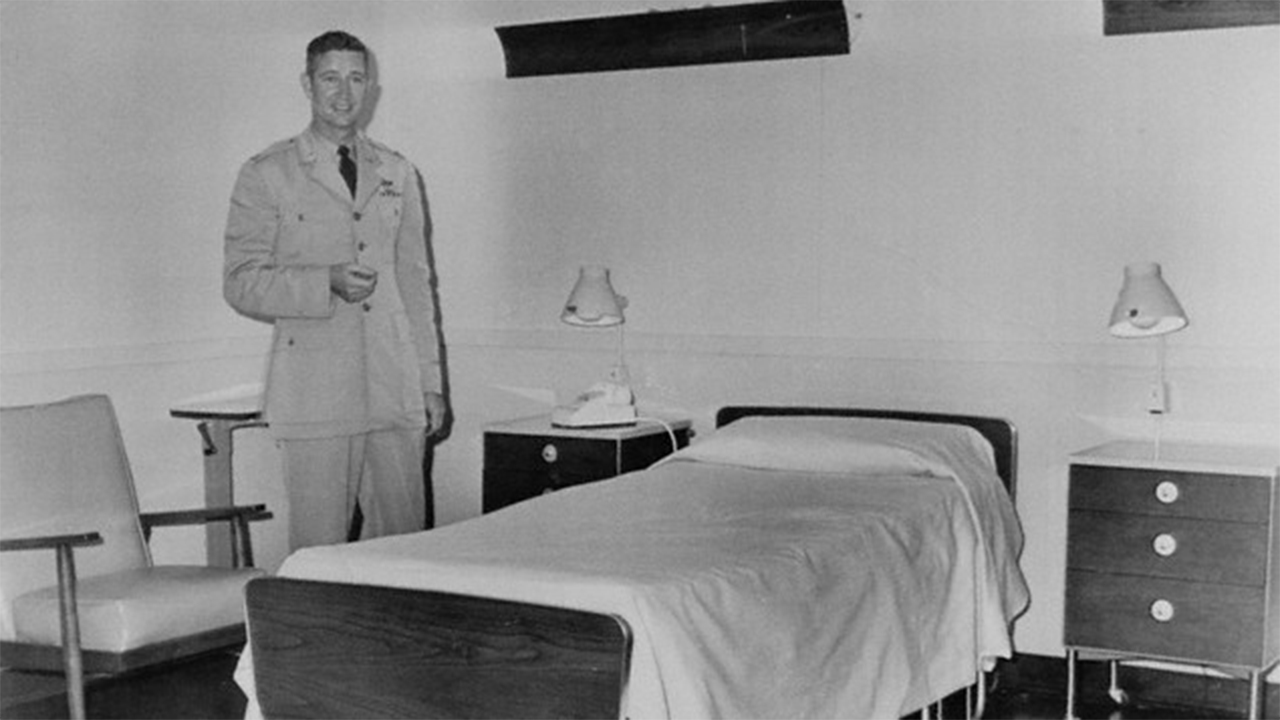 Here’s one you won’t find in the history books. Writer/Director Scott Calonico’s The Silly Bastard Next To The Bed, a documentary about the “most foul-mouthed telephone call ever made from the White House,” nimbly blends the historical and hilarious in a fascinating serving of quirky Americana.

July, 1963. Jaqueline Kennedy is eight months pregnant and vacationing with her husband in Hyannis, Massachusetts. Worried for her safety (and for the safety of her unborn child), the United States Air Force prepared a special hospital room at nearby Otis Air Force Base for the First Lady, in case an emergency arose during the final month of her pregnancy. Whether a paparazzi or reporter was to blame, somehow the story leaked that the Air Force completely refurbished the room, using over $5000 (which amounts to $40,000 in 2014 money) for decor and improvements. That figure spread like wildfire, and on July 25, 1963, the number was printed in The Washington Post, resulting in a temper-laden berating of the the Air Force general by JFK — which, thanks to the White House taping system, we can now enjoy. But who, exactly, made JFK the most irate? A man — captured on film by a photographer on location — smiling next to the “posh” bed prepared for Mrs. Kennedy. That “silly bastard” (JFK’s term, not mine) standing next to the bed was Ernest Carlton, and he had no idea any of this went down until Director Scott Calonico showed up at his house and played him the tape.

The Silly Bastard Next To The Bed is not Calonico’s first foray into mining presidential phone calls for entertainment. “The idea [for The Silly Bastard] came from an experimental documentary that I did,” Calonico said. “It was basically just a bunch of stock footage cut together. In between the scenes, I inserted these presidential phone calls. I liked the phone calls, and they all stood on their own, so I broke them up and just threw them up on YouTube. One day, someone linked to the Kennedy call, and it wound up getting like 100K hits in twenty-four hours, so I figured it was something people were interested in.” Deciding to give the people what they want, Calonico set out to the find the “silly bastard”, and wound up locating Ernie “through — how else — the Internet! I dropped him a line and said that I was interested in talking to him about his time at Otis Air Force Base.” When Ernie gave his approval, Calonico paid him a visit and captured the interview you see here.

Many people dream of meeting the President, but Ernie Carlton has the rare privilege of saying that he truly pissed off John F. Kenendy — without even knowing or meeting the famed man face-to-face. And that’s the real pleasure here: watching Carlton’s reaction in real-time as he listens to JFK’s voice on tape (and waiting for Forrest Gump to make an appearance somewhere in the 16mm footage). There’s a sincerity to Carlton’s always-smiling face, both in how he tells his side of the story and how his face changes when he realizes that JFK wanted to relocate him to Alaska. The interviews with Ernie bring a much-needed human element to a story that seems just too strange to be true — but isn’t that how the best stories always go? For the phone conversations, Calonico smartly blends the archival footage and old-school subtitles with some slick motion graphics, keeping the film moving at a brisk pace, which wasn’t always how he envisioned the project. “The most difficult part was cutting the footage and trying to figure out how much was necessary to the story,” Calonico said. “The first cut started at 18 minutes, then I did one at 12, and finally landed at the eight-minute version you see now.”

If you want more weird presidential phone calls — without waiting for the next episode of “Drunk History” — be sure to check out Calonico’s latest short, Nixon’s Coming about Bob Moustakas, a student protester “who took pictures of Nixon’s crazy early morning visit to the Lincoln Memorial.”