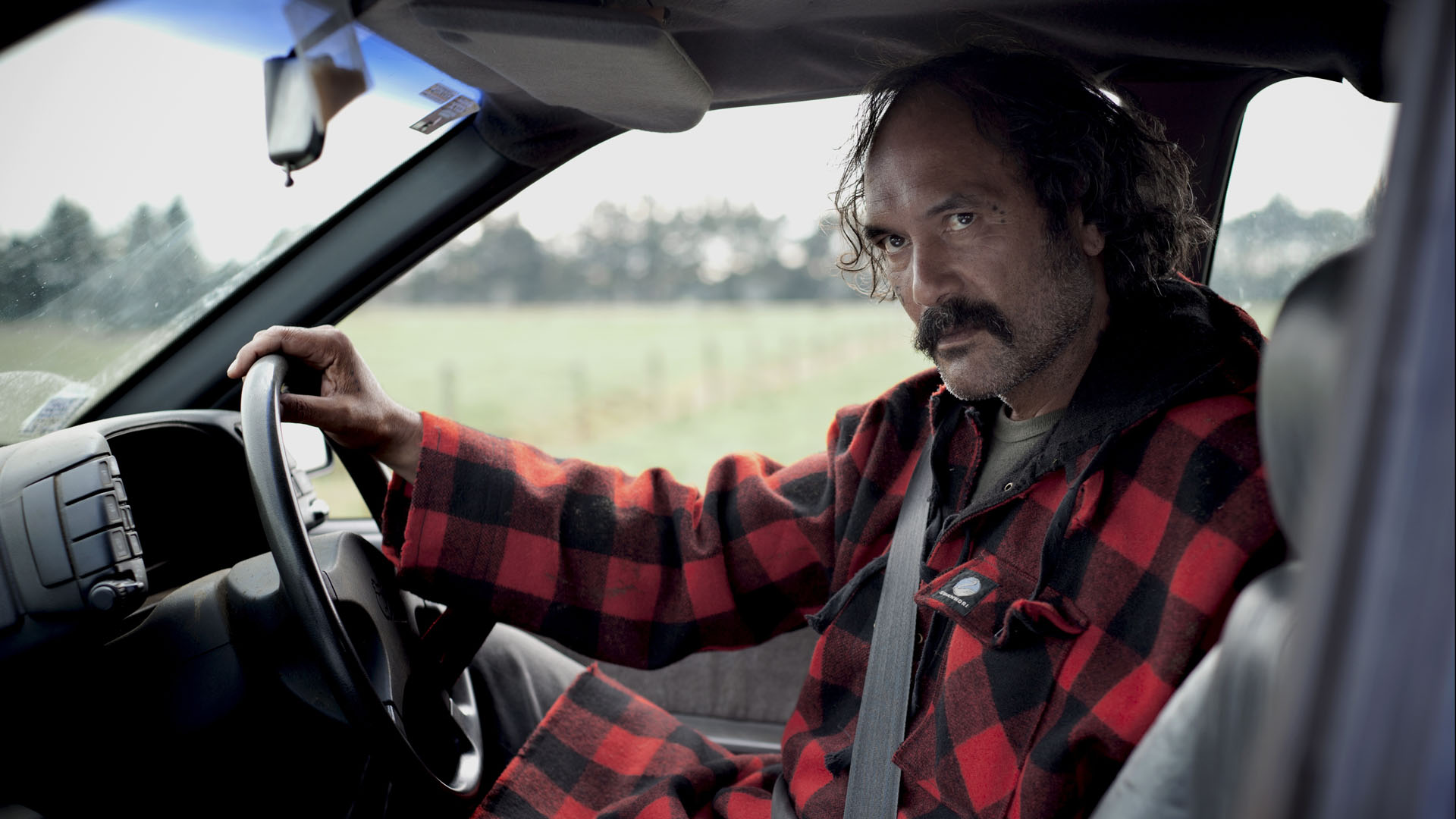 Matthew Saville’s first film Hitch Hike is an emotionally engaging story of an 18 year old boy who hitch hikes across New Zealand determined to meet his birth mother. Although the circumstances of the film aren’t something people can directly identify with, the tone of the character’s experience in the film is something we can truly connect with. Saville tells us “Hitch Hike was inspired by three separate events: my experiences of hitchhiking through New Zealand, the story of an adopted friend, and a chance meeting in a bar with a character very similar to Maka. After a few beers, I asked him why he had a Swastika tattooed on his face. His answer struck me as being quite profound and in fact is included verbatim in the final scene of the film.”

There’s a distinct fear associated with hitchhiking both for the driver and for the hitch hiker. One never knows who they are picking up and one never know who is picking them up. When the man aggressively turns his car around after the boy screams ‘fuck you’ at him we can feel the immediate threat and the immediate fear.

Dressed in Nike hi-tops and a bold Yves Saint Laurent t-shirt, it is clear the boy is hyper aware of his identity and is not only out on a quest to meet his mother, but also on a quest to discover himself. While the boy broadcasts logos as symbols of his identity, in a sense the tattooed man does so as well. The tattoos on his face, his body, and hands, are projections of an image that he not only has of himself, at least arbitrarily, more importantly, it dictates how others perceive him.

The idea of expectations plays an interesting role in this film. On the one hand the young man expects his birth mother to provide him some sort of guidance or an emotional connection, but the large man with hateful symbols and text tattooed on his face and body provides a great and genuine familial experience. What the boy is looking for is a parental figure, or at least the idea of one. The last thing he expects is for his birth mother to pretend not to be herself. What he expected, and what we all expected, was at best a warm embrace, and at worst an emotionally heightened event. But what he gets is far more dishearteningly cold and distant and an even greater rejection than he could have possibly imagined.

It is clear by the man’s response to the boy’s outburst as he drives by that he understands the boy’s behaviors and becomes dedicated to helping him. While the man has ‘hate’ written on his hands he exhibits nothing but care. When the boy screams ‘fuck you’ at him the man helps him anyway. When the boy carelessly and impulsively runs across the street directly in front of his car the man continues to help him. While the boy didn’t quite find the parent he hoped he was looking for, he left with the experience he was looking for.