An animated short film about the nature of humans, envy and the violence we see in society.
READ REVIEW
Next Previous 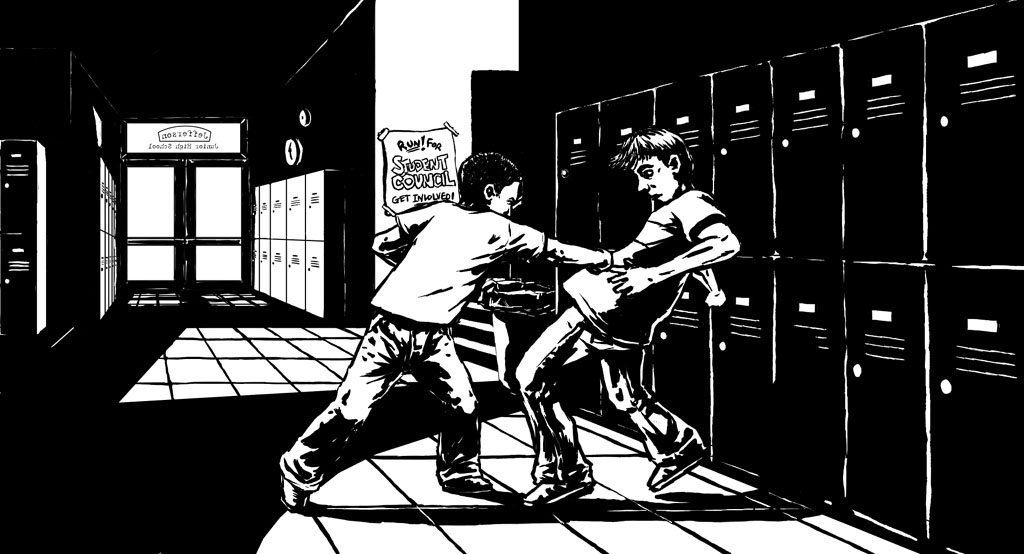 Taking us on a journey from birth to death, Ed Chen’s Rattle is an epic tale of envy and the effects it has on humanity. At just over 2 minutes long, this black and white animation proves that an ambitious narrative can be tackled in a brief duration, as Chen presents envy themed scenes from the lives of 2 unnamed characters.

Deciding to upload his short film to Vimeo when putting together an online portfolio, ten years after it first screened at festivals, Short of the Week spoke to the director about how he felt the film has aged since it was first made and if he’d change anything if he had the chance to remake Rattle. “I feel like the film still plays as well as it did”, Chen said, “People who are seeing it for the first time now have similar reactions to those who saw it in festivals”.

“It’s been 10 years, and I’ve learned a lot more since then about film, animation and even life”.

“Some of the drawings in the film do make me cringe from embarrassment. If I were to do it again right now, it would probably be a completely different film. Everything from timing, to layout and sound would be different. I think a lot of the content would be similar, but I could see some cuts and additions that need to be made. But I’m still happy with it as is. I think it communicates and gets the point across”.

Choosing to tackle the topics of his film after growing increasingly worried about the amount of violence in the world, as viewers we may not relate to every scene of Chen’s movie, but the overall theme is so universal everyone should be able to connect. With stories of greed and violence still dominating the headlines today, it’s hard to foresee a period in the future where Chen’s timeless narrative won’t ever feel relevant.

Since completing his film back in 2003, Chen has gone on to work at Pixar Animation Studios, which he admits takes up most of his time nowadays. Hoping to return to making his own films at some point in the future, we look forward to seeing how the animator’s style and approach to storytelling has progressed since he made Rattle whilst studying at USC School of Cinematic Arts.