West German terrorist Norbert Kröcher was arrested on March 31, 1977. He was leading a group planning to kidnap politician Anna-Greta Leijon. A number of suspects were arrested, one of them was Kröcher's ex-girlfriend, "A". This is her story.
READ REVIEW
Next Previous 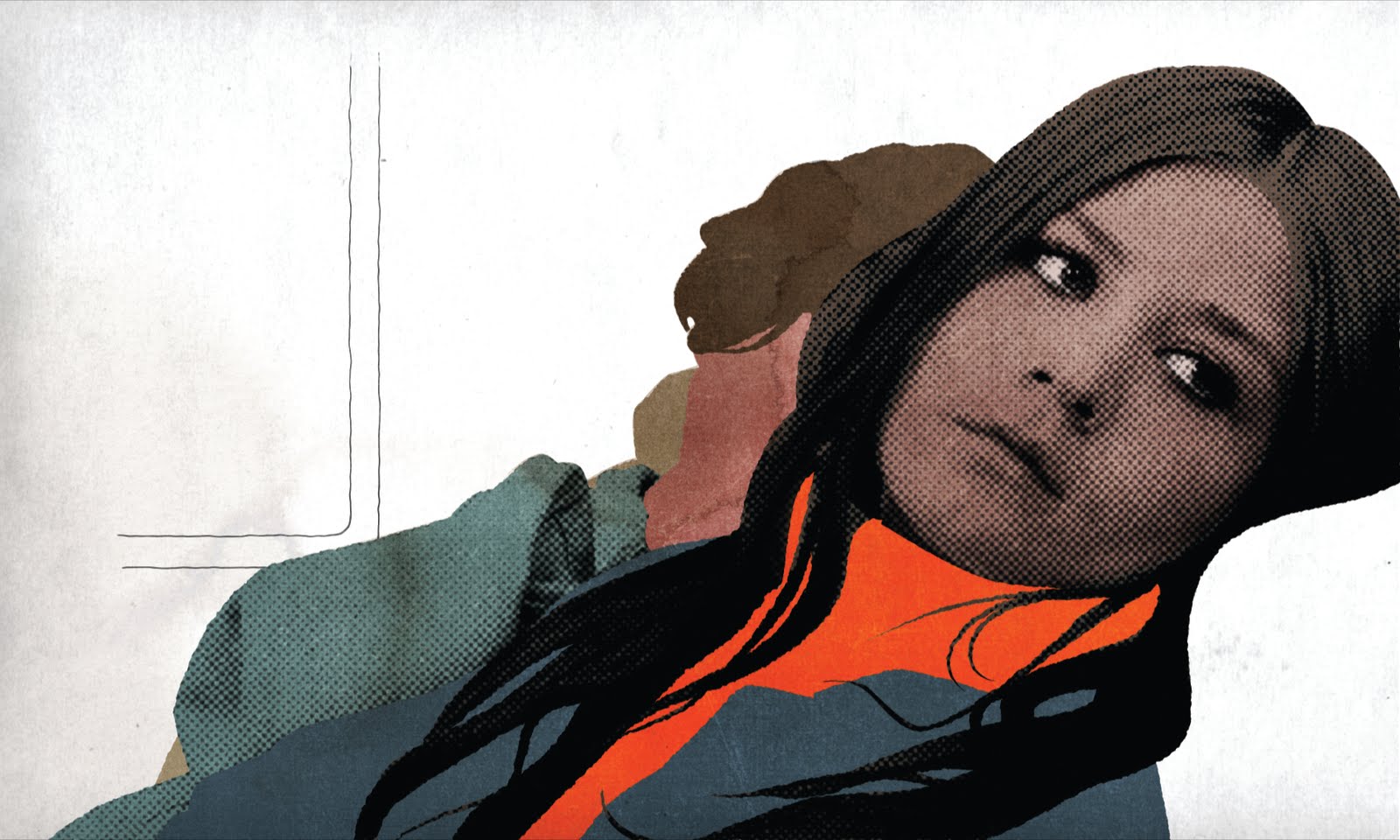 Supremely pleased to welcome another Jonas Odell film into our collection today. Odell is one of the leading lights in the animated documentary subgenre, and his distinct, colorful and graphic style, which utilizes many different visual techniques, is instantly recognizable. We originally featured Odell for Lies, his Sundance-winning triptych of personal stories both innocent and sinister, and Tussilago played the 2011 incarnation of the fest.

Tussilago is familiar to those who know Odell’s work, it plays like an extended segment from Lies, or Never Like the First Time!— beautiful visuals spanning art, and advertising, halftone montages, flowing line drawings, all placed over a confessionary interview audio. This time the subject has such an engaging story however, that Odell abandons his anthology approach in favor a singular, more thorough treatment.  Relating her story through 30-some years of reflection, “A”, was caught up in a unhealthy relationship with a young radical, and try as she might to liberate herself from his danger, her past decisions come to haunt her.

“A” is an honest and introspective subject, with good humor about certain memories. But as the relationship deteriorates in her telling, her bitterness slips in. Ultimately it is less about the politics, and more about interpersonal relationships, how a woman becomes attracted to a “bad boy” and the psychological games and motivations that take place.

14min is slightly long, but the fascinating story, and lovely eye-candy, allow the time to slip by. The only complaint truly, is the ending—the coda, though of true to life,  comes somewhat out of left field in the narrative of the film, and feels strange to not have been foreshadowed more.

Odell’s future film plans are as of yet unknown, but he continues to do commercial work, and is part of, among other outfits, the famous roster at Nexus Productions in London.