A young writer. A prostitute. An old desert motel. All stories need an ending and all endings need a beginning.
READ REVIEW
Next Previous 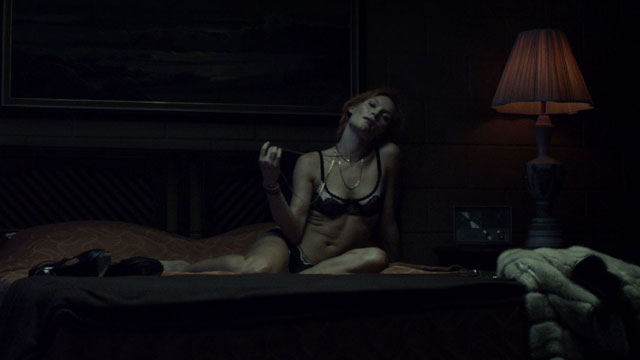 Thriller about Inspiration in Live-Action
Directed By Stephen Schuster
Produced By Corser, Inc
Made In USA

Slick, sexy, and fast-paced, Stephen Schuster’s Distraction is an uber-polished Neo-noir—the kind of stylish short that uses the framework of classic films and rounds it out with enough adrenaline, fast cars, and foxy babes to jolt it a forward a century. With astonishing production values and incredible effects work, Schuster takes that age-ole’ story starter—the guy with writer’s block—and gives it a shock to the system. This is a gripping ten minute psychological thrill ride. It may not stick with you long after its 10 minutes are up, but damn it feels good going down.

It’s clear that with the evolution of new technology and post-techniques, the visual gap between studio features and indie-funded productions is really starting to shrink. Never has that statement been more evident than with Distraction. To put it simply, this short looks good. Really good. Using a combination of stellar real-life locations as well as computer generated environments (I challenge you to tell me which is which), the film has an impressive amount of visual panache that feels like it’s on the same level as your average multi million dollar studio tentpole.

But, admittedly, that glossy sheen still doesn’t come cheap—although independent, Distraction wasn’t created on a shoestring budget. Director Stephen Schuster cleaned out his bank accounts and maxed out his credit cards to bring his vision to life. As with many indie filmmakers (this humble blogger included), managing life commitments with artistic dreams can be a tough balancing act. Schuster discovered that sentiment first hand, suddenly finding himself with a ballooning budget and a wife who was eight months pregnant. Needless to say, the pressure to finish his big little film was on. But, fortunately, he persevered, leveraging industry contacts  such as his friend Elliott Jobe, the founder of DieselFX, to bring the film across the finish line.

The result is slick, shiny, and moves at a clip, aided by Jolene Andersen’s sultry turn as the narrative’s prerequisite femme-fatale, a prostitute named Angel. Schuster’s primary goal for the film was to create a showpiece for himself as a director. Well, he’s certainly accomplished that (albeit nearly bankrupting himself in the process). In a way that’s fitting—for a film that so heavily emphasizes its own conclusion, we can only hope, in this case, that the ends truly do justify the means.

Be sure to head Stephen Schuster’s website, www.stephenschuster.com, to learn more about him as well as see behind the scenes photos from the shoot.