When statistician John Wilkins is sucked out of a plane at 43000 feet, he calculates that he has exactly 3 minutes and 48 seconds before he hits the ground.
READ REVIEW
Next Previous 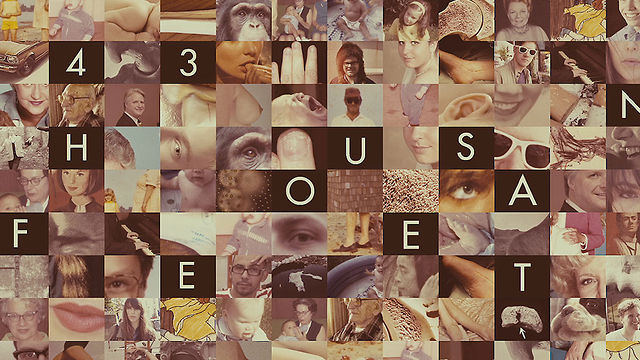 It’s a reoccurring obsession of mine, envisioning that moment. I’m generally a laid back dude, but sometimes a trigger—something I read, a turn in the conversation—pushes me into contemplating that worst of moments, the moment when you know IT IS NOT GOING TO BE OK.

Sometimes it’s a car crash, often a stabbing, but usually it’s a fall. In my imagination I’m not scared of the run-up, or even, oddly enough, the aftermath. If you’re dead you don’t mind, if not, as humans, we conform to our circumstances quickly. For me it really is an odd obsession with that moment of recognition, the sudden awareness that it will not be something to shake off, or put some spit on, that this fragile meat sack is irreparably crushed and that the idyllic bubble of comfort and routine we create is inexorably punctured by the cold senseless tragedy of life.

An unusually dark intro I know, especially for a film that is not really that dark. Campbell Hooper is a noted director of commercials and music videos as part of Special Problems, and here he has created an entire short film around the idea of the “it is not going to be ok” moment, but rather than instilling terror the film plays out like therapy. Perhaps it is because the unique setup serves the role of doing something strange to that moment which is usually instantaneous—it stretches it out.  43000 Feet‘s main character John Wilkins is given time (3min48 to be precise) to come to terms and deal with this turn of fate and the film uses that to explore his unique stream of consciousness during the time. More akin to a lyrical meditation than a taut thriller, Wilkins frankly takes it in much better stride than I ever could.

Coming from a promo background, Hooper’s visual sense is naturally playful and stylish. Split-screens, title cards and animated interludes abound. The script by Matthew Harris fuses science and philosophy, the flat narration making it a cousin in tone to The Eagleman Stag. The result is rather remarkable, the slick edit and subtle VFX disguising a film with the trappings of high drama, but then undercutting those elements, the delicious dressings decorating what, at its core is an essay put to film.

Hooper has stellar support in realizing 43000 Feet, his first short film. Working with his Special Problems producer Amber Easby and Heather Lee of Zoomslide, they create a narrative debut with the support of the New Zealand Film Commission, whom you might remember from the excellent Six Dollar Fifty Man. Hooper is currently working on feature film projects.