Our Lady Of Lourdes

A mentally unstable vagrant comes to the aid of a student. When she tries to return the favor, she gets far more than she bargained for.
READ REVIEW
Next Previous

Our Lady Of Lourdes 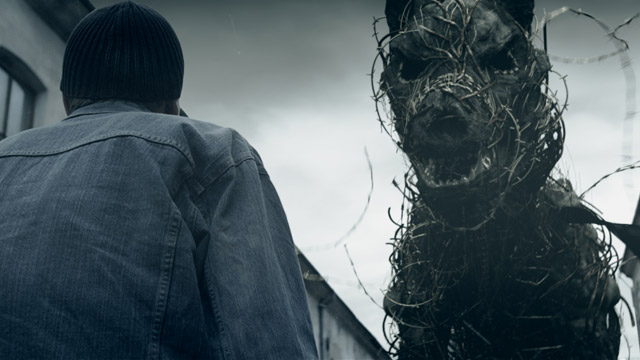 One of the perks of writing and curating for Short of the Week is that I’m able to see filmmakers grow and mature through their short form work. Peter Szewczyk, the mind behind former SOTW pick Colourbleed, is back with his newest film, Our Lady of Lourdes—a dramatic tale of the aging drunkard, Bernard,  and the terrifying demons that inhabit his mind.

Szewczyk’s progression as a filmmaker is on full display here, harnessing the sumptuous visuals and amazing sense of place he first showed off in Colourbleed and supplementing it with interesting characters and emotional substance. Lourdes toured horror festivals all over the world, but I’d argue that it has for more dramatic weight that your average fright fest might at first indicate. To steal/modify a phrase from filmmaker Stu Willis, it’s a horror film with soul.

With special effect films currently dominating the short landscape—tools used to pitch features rather than tell satisfying miniature narratives on their own—I admire Szewczyk’s commitment towards his story. The film is a bit of slow burn, but the pacing entrenches you in the plot and its players. And, so, when the CGI wizardry hits, you actually care about Bernard (a true rarity in the effects driven short landscape). He’s a real person facing off against all the grotesque, yet stunning, visual splendor.

As you might expect coming from a former digital artist on many a hollywood feature, Lourdes is an impressive visual undertaking. The film’s post production work was partially funded through a successful kickstarter campaign. This gave a grateful Szewczyk a platform to really walk his backers through his creative process. If you’re interested to see all the thought and design work that goes into a project of this scope, I encourage you to check out the video diaries on his vimeo page. It’s a remarkably transparent how-to look at a process that, for many of us, usually gets explained with a shrug and a muttering of “erm…I don’t know…computers?”