After spending a year in a juvenile center for beating up his stepfather, Todd Turnbull returns to his backwoods hometown repentant. When he finds his best friend, withering away without any medical attention due to the family's spiritual beliefs, Todd must make a choice: let his friend die; or break his oath of non-violence.
READ REVIEW
Next Previous 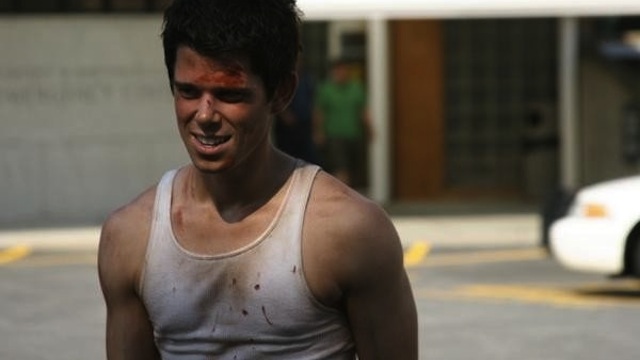 In his recent TED talk Pixar all-star Andrew Stanton said that the cardinal rule of storytelling is “make me care.” If he were talking about online short films he would say “make me care in three seconds or I’ll go back to Facebook.” As our consciousness shifts further into an online world, a twenty-five minute short has to be pretty engrossing to compete with an ex-girlfriend’s new wedding photos.

Fortunately The Replacement Child actually delivers on its length, and is the third in our series of weekend #longshorts. It’s a masterful exercise in plotting, visual storytelling and performance that actually justifies its twenty five minutes.

It does so first of all with strong, economical writing; witness how quickly characters, relationships, and problems are introduced. Every scene in the film shows us what’s precious in Todd’s world, then unravels it. In his TED talk Andrew Stanton went on to say that storytelling “is knowing that everything you’re saying is leading to a singular goal.” This film is no exception; every scene drives us relentlessly toward its conclusion.

While I was watching it this time I realized that in this way The Replacement Child is very similar to Unforgiven, another remarkable film about haunted man trying to make good with his past. It is a well-trod genre, an a key part is when the hero finally breaks down and gives in to his darker impulses; be they alcohol (Unforgiven), or rage (The Replacement Child). In a well-constructed film this is an essential and deeply-satisfying moment for the audience, because we are in total unity with the character.

Of course actors make a major contribution to this unity. Another reason this film is so rewarding is its performances. There are a lot of actors in this film, and there’s not a single unconvincing performance in the lot. This is a nearly impossible feat in a student film. How that happened I do not know, but the four casting directors listed in the credits probably has something to do with it.

Lerner made this film for his UCLA thesis in 2007. It had a very successful run, including the 2007 Telluride Film Festival. For his debut feature Girlfriend he recast Evan Sneider, seen here as the ice cream manager with Down’s Syndrome, in the main role. That film went on to win the Audience Award at the 2011 Gothams. It’s rare to see a short point the way to a feature film’s success, but as with its length, here The Replacement Child proves itself another exception.