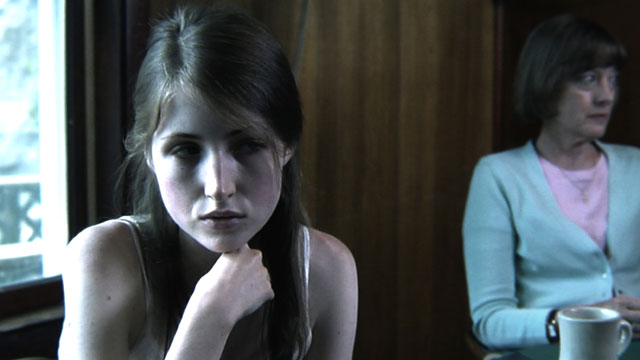 Admittedly, I’m not much of a horror fan. Perhaps it’s because gore makes me squeamish (I would have made a horrible surgeon), or rather, perhaps it’s because the films in the genre often feel so formulaic and lazy. Shock value can only get you so far before you become desensitized and start to tune out. After all, what number Saw movie are we on? 7? 8?

With that in mind, I bring you Knife Point—a horror short that is anything but formulaic. This one is a slow burn, deeply dependent on mood, tone, and performance to really get under your skin. In fact, it’s not really a horror short at all—at least, not in the traditional sense. Rather, it’s a drama about people doing horrific things in the name of a warped world view. And, let me tell you, there is nothing more terrifying than human beings with a malfunctioning moral compass.

In keeping with our goal to feature more #longshort cinematic content over the  weekend, Knife Point isn’t causal internet viewing. At 26 minutes, this film deserves your full time and attention (power down your laptop and head to the couch). Director Carlo Mirabella-Davis crafts a tremendous sense of atmosphere—a sort of creepy backwoods vibe that only rural America could provide (in this case, we’re in upstate New York). It’s all dilapidated wooden structures and dingy roller rinks. The reality hiding behind the pastoral American dream.

Knife Point premiered at the 2009 Sundance Film Festival and took home a slew of other festival honors, including a best actress win for Kate Lyn Sheil at the Brooklyn International Film Festival. Knife Point was one of her first films. She has since gone on to a lucrative career. It’s easy to see why. As director Mirabella-Davis puts it, “I always thought she had this extremely haunting, Bresson meets Isabelle Adjani from Possession (1981) quality.”

As you would expect from a film out of NYU, the short looks gorgeous (cinematographer Chris Dapkins and Carlo Mirabella-Davis met at age three. They’ve been friends and filmmaking collaborators ever since). They co-directed the Swell Season together, a documentary about the real life romance between Glen Hansard and Markéta Irglová, the stars of the indie musical hit, Once. Mirabella-davis is currently working on another horror film—this time a feature length endeavor entitled entitled Bulldog. Like Knife Point, it too takes place in upstate New York. I’m eager to revisit his unique amoral world from the safety of my couch.