The Final Moments of Karl Brant

In the near future, a neurologist and two homicide detectives use experimental brain taping technology to question a murder victim about his final moments.
READ REVIEW
Next Previous

The Final Moments of Karl Brant 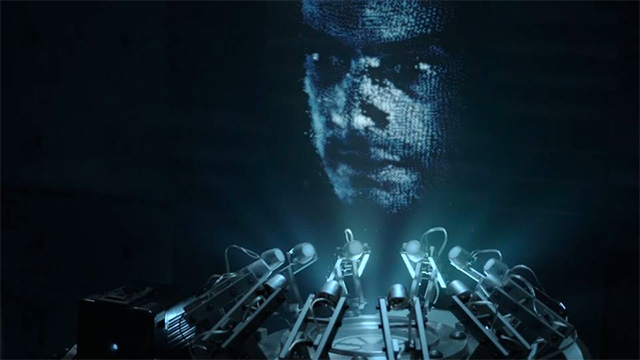 Theories revolving around mind transference/alteration have been a staple of science fiction for some time now and whether it’s the relocation of a person’s identity to a mechanised being (Robocop) or the reprogramming of memories (Eternal Sunshine of the Spotless Mind), concepts revolving around how technology can advance or capture consciousness seem ever-popular in this visionary genre. The latest film to tackle such ideas is Matthew Wilson’s The Final Moments of Karl Brant, based on ideas from the The Singularity is Near by author Ray Kurzweilwhich, the plot sees a scientist’s attempts to upload his being to a computer become a vital tool in the solving of a murder case.

Visually inspired by Fritz Lang’s Metropolis, one of the directors favourite science-fiction films, the dark, industrial aesthetics of The Final Moments of Karl Brant make the short feel like a cross between Blade Runner and Se7en. With Brett Pawlak’s cinematography, J.R. Hawbaker’s costume design and Level 256’s visual FX all using their extensive industry experience to paint a gritty and uncompromising vision of the future.

With a strong cast already featuring musician and actress Janina Gavankar (True BLood), Wilson made some what of a coup with his casting for the role of scientist Bennett Ferryman, by signing up cult icon Paul Reubens to play one of the biggest roles in his short. Eager to find out if the man made famous for playing Pee-wee Herman was always earmarked for the role, we spoke to director Wilson to discover what he felt Reubens brings to his role and to the project:

“Paul was perfect for the role of Bennett. I wrote it for him. He really brought the character to life. Paul is very friendly and funny, and I hoped that would come through in his performance and lighten things up a bit. There’s also an eccentricity about him that I find endearing. He was a huge benefit to our project. He captured the emotional crux of the story. I can’t imagine this film without him in it. There was no one better for the role.”

“Primarily, I’ve been working on the feature version of this short. It’s called Digital State and it really goes deep into how this sort of technology impacts crime and punishment.”

With Wilson making the leap from page to screen, having already made a name for himself as a graphic novelist with his successful series Fluorescent Black, the director told Short of the Week how he felt his comic book experience taught him “the importance of visual storytelling”. Admitting that he loved “bringing the script to life with visuals”, working on the belief that “the best stuff is always what you find between the lines of writing”.

With another couple of short films (one based on an old family story, the other a dark fantasy short film set in a desert wasteland) in the pipeline, along with a TV show and a feature adaptation of his short, Wilson’s flair for storytelling certainly seems to have opened up some doors for the promising director and here at Short of the Week we look forward to discovering what his future holds.