Set in an adrenalized future of espionage, assassins, and out of control super science, PostHuman follows a genius hacker and his dog as they help an enigmatic young woman to free the remaining test subject of a black ops ESP test lab.
READ REVIEW
Next Previous 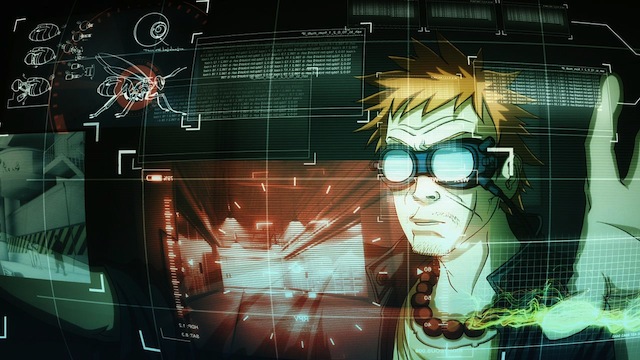 From America to Japan and back to America—oh the nostalgia. Taking classic cyberpunk archetypes and filtering them through venerated anime motifs, director Cole Drumb and producer Jennifer Wai-Yin Luk have created a fast-paced, deliciously ultra-violent ode to the best of the genre, something that looks and feels more like the hey-day of Liquid Television than a conventional festival short.

Yet, a festival short it was, winning many awards on the genre circuit as well as popping up at more forward-thinking spots like Seattle International and Tallgrass. I was able to judge it as a member of the panel at the Seattle Science Fiction and Fantasy Film Festival, where its influences and execution set it apart from the competition.

For a 6min action piece, PostHuman does a pretty good job at establishing its world and characters. The fast-talking banter between our genius hacker and enigmatic super-woman is judiciously applied, forwarding the plot but not overdoing it on the exposition. The animation itself is a very polished 2D for an independent project like this—believe me, I’ve seen many independently done anime ripoffs, and the level of motion here is excellent. Drumb has internalized the style of this type of work as well, rather than simply aping character design—the macro-closeups and angled framings are spot on, as are the gruesome effects of our test subject’s telekinesis.

However while we haven’t seen this kind of work, on this scale, distributed in this way, these ARE well-established elements. Ghost in the Shell, Akira are undoubtedly influences, even the character design of Terence recalls a more grizzled Ichigo from Bleach. This is of course the central conundrum of the sci-fi “calling card” shorts that we often feature on this site—should the novelty of independent production and free web distribution cause us to gloss over a lack of originality? Does something need to result from the resultant publicity in order to justify THIS short’s existence?

At least in this case I don’t feel the need judge harshly. As a huge animation fan, there isn’t enough big-boob, big gun fare to satisfy me, and the idea of a web series, a TV show, anything that is operating in this storytelling space, is intrinsically exciting. Nothing is announced yet, but be sure to visit the film’s website to learn how to follow the project as it inevitably evolves.