One misplaced footstep quickly turns a family picnic into a life or death situation.
READ REVIEW
Next Previous 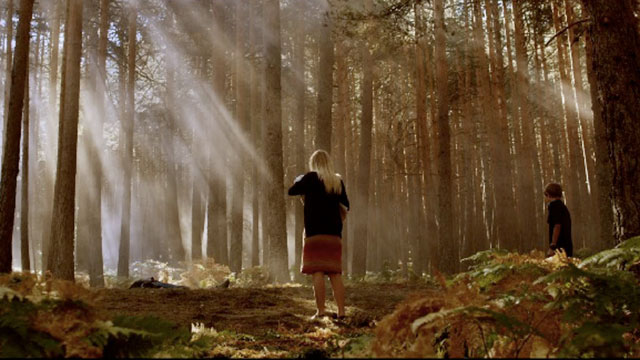 Returning to the woods where she played as a child, a mother mistakenly puts her young family into a deadly situation by revisiting an area she once felt was the safest place in the world. Described by director Gerardo Herrero as a nightmare that never ends, the dark and often shocking Picnic is a vivid tale of how a beautiful outing can swiftly transform into the darkest of days.

“It’s been a long time since anyone played in Grebak. There was a war. And, although you don’t know it….the war changed everything.”

Set in the woods of Eastern Bosnia, on the surface Herrero’s dark short might seem to simply be about a family returning to a country still recovering from the effects of war, but the Spanish filmmaker believes its narrative tackles much grander concepts. Described in his director’s statement as being a short that talks about living in a constant war against nature, the economy and governments, Herroro believes his story to focus more on a fear which lives and grows inside of us.

With Picnic being almost dialogue-free, apart from the almost poetic words of the narrator and a softly sung lullaby, Herroro employs an atmospheric soundtrack, perfectly-paced editing and the odd visual FX to build tension throughout his short. Yet it’s the camerawork of cinematographer Rafa Reparaz that leaves the most lasting of marks. With crisp HD footage and sweeping steadicam movements combining to breathtaking effect and beautifully lit night scenes leaving indelible marks, live-action shorts are rarely as visually stunning as this.

Having toured festivals around the world, picking up more than fifty prizes along the way, Herroro’s bold and confident style looks to have won him an army of admirers in the world of short film. With his first feature-length film currently in pre-production and latest short The Acrobat touring the festival scene, the Spanish director certainly doesn’t look like resting on his laurels anytime soon.