My Face is in Space

Larry's Face was sent into space on the Voyager Spacecraft, an event he thought would bring intergalactic fame. This is his story of life and love.
READ REVIEW
Next Previous

My Face is in Space 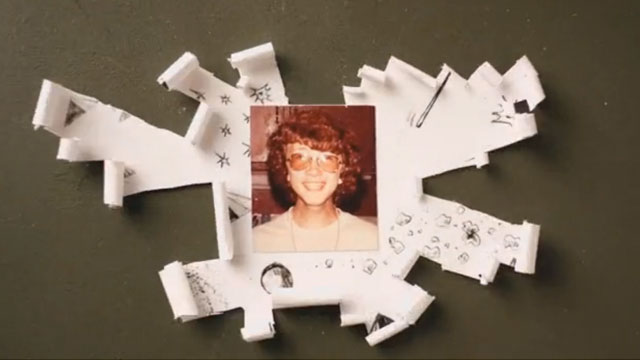 A graduate thesis film out of the National Film and Television School in the UK, Tom Jobbins’s My Face is in Space is a difficult film to classify. Part documentary, part narrative, part schizophrenic mishmash, the film is an amalgamation of different styles and mediums depicting the story of a man who, in search of intergalactic fame, lost sight of the stuff that really matters.

You see, Larry Wilson’s face was jettisoned into space, stored on a golden record aboard the Voyager Spacecraft. Suddenly, Larry is given his fifteen minutes of galactic glory—a human ambassador for all forms of extraterrestrial life. Yet, glory is short lived. Larry, in the absence of interstellar contact, begins to notice that, really, he isn’t that special after all. His face is doing nothing more than sailing pointlessly through the endless cosmos.

And, so, from a narrative standpoint, the message comes through: in the grand scheme of things our lives are insignificant—the equivalent of a tiny golden record flying through space. So, how can we find meaning? How do we travel through the black lonely void? The answer is actually quite simple—something our protagonist only learns through his own missteps. We must find significance in the small stuff—our relationships with other people, those little moments where we connect with our fellow man (with nary an alien being in sight). It’s a touching sentiment that the film reaches effortlessly.

Director Tom Jobbins came to this project not having a background in animation. In turn, the final result is a student film in every sense of the word—an opportunity for a burgeoning artist to dip his toes in several different mediums. And, the film truly does explore those mediums, from traditional to stop motion to archival footage. Heck, there is even a zoetrope thrown in there for good measure. It seems that Jobbins is throwing the entire creative toolbox at the screen. And, you know what? It works. After all, what better way to show the messy beauty of life than by visually using the entire toolkit? Life is cluttered and quirky, our brains as messy and diverse as the mixed media he uses.  But, this isn’t just experimental art—pretty exercises in form, all style and no substance. The film holds weight, its message surprisingly touching.  Essentially, it encapsulates the essence of what makes us humans tick in just ten short minutes. The next time NASA decides to launch some artifacts into space for aliens to find, they should probably throw Jobbins’s film into the mix. Even if the message is lost on them, I guarantee they would be entertained.
Vimeo Filmmaker Website
LIKE TWEET