Jamie's about to find out he may have chosen the worst night imaginable to disobey his parents.
READ REVIEW
Next Previous 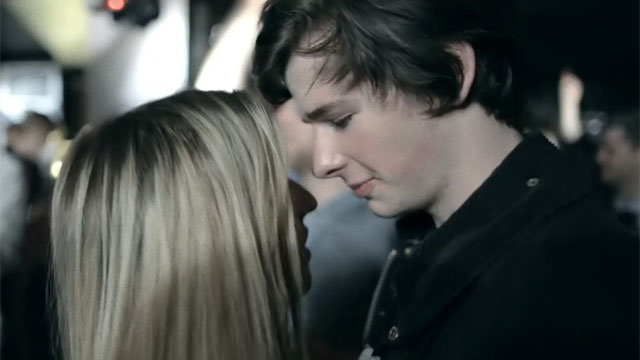 Rebelling against your parents is a key moment in any child’s life. Even if you’re a straight A student, we’ve all found ourselves in the situation where we have the uncontrollable urge to break the rules set by our immediate family. Whether it’s piercing your ear, hanging out with the wrong crowd or spiking your parents’ glass with sleeping pills to sneak out with the girl you fancy from down the street…we’ve all been there!

Meet Jamie. He’s your average London teenager. School; nagging parents; that girl down the road. He’s got everything. And he’s about to lose it all. It’s Christmas, 2012. The decorations are up, and there’s a chill in the air.

Written & directed by Ted Marcus (Infernum) and featuring a host of young filmmaking talent from around the world, the team behind The End weren’t going to let the distance between crew members deter their desire to work together. Employing Kickstarter, Skype, WeTransfer and Google Docs as collaborative tools, filmmakers from Los Angeles, Massachusetts, London, Adelaide and Melbourne were all able to join forces on what the team described as a true representation of independent filmmaking in the digital age.

Created as his graduation film for the directing course at Los Angeles’ Art Center College of Design and featuring some truly surprising production values, Marcus has certainly created a short to catch the eye of the industry he longs to be part of.

If you’re wondering why I haven’t revealed too much about the plot of The End, it’s one of those films where giving away too much could totally spoil the impact of this dramatic short. Just sit back and enjoy the ride.