As two friends frantically try to leave town, a chance meeting with an old family friend puts an unwanted delay on their escape plans.
READ REVIEW
Next Previous 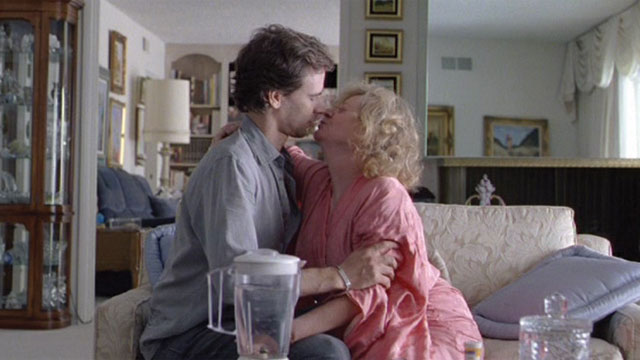 An unexplained event involving a samurai sword and a rave leads two friends, Rob and Michael, to carry out a manic scheme to flee their surroundings in Matt Smukler’s dark comedy The Hiccup. The duo’s crazed plan to escape to Mexico hits a major snag, however, when Rob’s chance encounter with an old family friend adds yet more problems to the hapless pair’s already fragile predicament.

Feeling like a darker (and obviously shorter) version of Todd Phillips’ The Hangover, The Hiccup is more concerned with the comically absurd than presenting a slice of reality. Yet, whilst the situation our protagonists find themselves in may be extreme, at the heart of this story is a tale of friendship and dedication. As in fellow black comedy The Promise, which we featured on the site in March, Smukler’s short is also interested in exploring how far the bonds of friendship will stretch in the most severe situations.

Having forged a successful career in the commercial world, with ad spots for McDonalds, Oreo & Toyota already in his resume, The Hiccup sees Smukler make his first incursion into the lengthier world of short film. The challenge of making the step up in duration obviously hasn’t put the talented director off though, with Smukler reportedly now developing his twisted short into a feature version.