An old explorer close to freezing in the Arctic re-lives the events that brought him there in the first place.
READ REVIEW
Next Previous 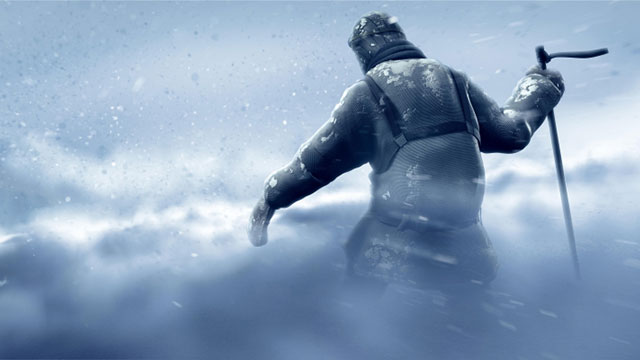 You better not pout, I’m telling you why…”, ‘cause professors are traveling to the poles in search for eternal life! At least, that’s what director Darragh O’Connell would like you to believe. Subjects of literature and math converge as characters wrestle where science ends and fantasy begins. Dublin based Brown Bag Films (Oscar Nominated Granny O’Grimm’s Sleeping Beauty) recreates the origin story of a well-known character in this short that is bound to put a smile on any cynical face.

23 Degrees 5 Minutes is a charming tale about finding meaning in life’s pursuits. A narrator, Babbage, begins the tale by explaining the character of his teacher, Professor Orit. He is a man of science who dismisses literature and language, characterizing them as materials without substance. Orit has an obsession with mathematics and its power to explain the world’s secrets. The professor’s fragile health motivates his pursuit to prove unified theory, which may lead to eternal life. One day, the professor stumbles upon a poetic, coincidental series of events that encourage him to travel to the North Pole for answers. Decades after the professor’s disappearance, Babbage travels north to find the story behind Orit’s passing. He encounters the professor once again, in a delightfully unexpected twist.

This animated film deals with similar strengths and weaknesses as its live action counterparts. Striking art direction and smart storytelling kept my attention for the full ten minutes. Every frame is a work of art. Every word is a note of poetry. The narrator’s description feels like a Charles Dickens story come to life. This film’s assets disguise the actors’ lack of performance. However, I found myself forgiving the stiff lips and elbows. Orit and Babbage have the same expression on their faces in every scene. Bodies remain stiff while the camera sweeps around an alliteration of books and maps that decorate the professor’s space. The camera’s movements made up for the wooden character animation. It made me wonder if audiences would be more forgiving if this same phenomenon happened in a live action film? I guess time will tell if this film is regarded as well as their previous work.