When Nick attends his baby nephew's 'dol,' a traditional Korean first birthday party, he finds himself yearning for a life just out of reach.
READ REVIEW
Next Previous 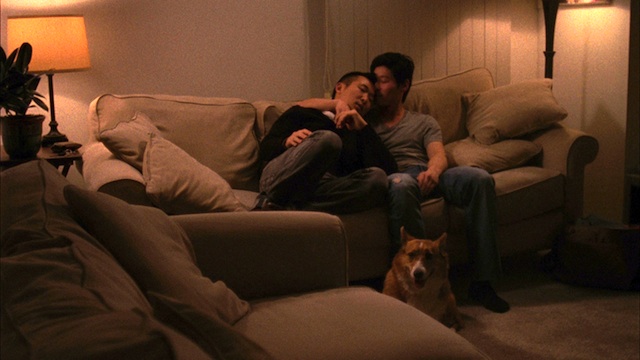 An extraordinarily personal, subtle, and moving film, Andrew Ahn’s 2012 Sundance-selected short, Dol, is one of my favorites of 2012, and I’m happy to have the chance to share it with you now.

On more than one occasion I’ve stated that “character” in short film is comparatively unimportant—that due to the restrictions imposed by length, “ideas” are more important than “development”. Ahn’s film serves as a poignant rebuttal to that mode of thinking.

Nick is a Korean-American living in L.A. He has a supportive boyfriend he lives with, and a cute dog. Furthermore he has a strong, traditionalist family that loves him, yet Nick has yet to come out to his parents. On the occasion of his nephew’s Dol, a traditional Korean celebration held on a baby’s first birthday, Nick feels the full weight of being an outsider even in the most intimate of family settings.

Ahn has created an identity film that, by referencing his own experience,  speaks to both being gay and being Asian. Casting his own family in the film, Ahn created Dol partly as a way to come out to his family. They perform their roles without knowing the overall story, and for months after principal photography would pester Ahn to know more about the film.

Because it is so personal of a story, Ahn is able to treat the conflict within the lead character with unusual nuance.  Key moments are related with held shots and knowing looks. Thematically it is sublime—the idea of being the “perfect son” is a very real pressure in Asian-American communities, and the idea of using the Dol as a stage to play out Nick’s shames is exquisite: his shame at not being the son he imagines his parents want, of, by not inviting him, failing to be the partner he should be to his boyfriend, and, mixed up within those two obligations, the painful feeling that  he will never fully participate in this important ceremony that connects his family through generations. The inclusion of the dog he and his partner share hints at the larger tragedy—by being gay and closeted, Nick feels as though he will never have a child.

Joshua Kwak, who plays Nick, performs the role with a reserved resignation. Nick tries to be cool and downplay the importance of the event. He tries to imagine that the symbolism of the Dol, the moment which the a child determines their future course in life, doesn’t have personal significance, and you almost believe him. But Nick can’t keep up the facade forever, and the moment he eventually breaks down is one of the most poignant images imaginable.