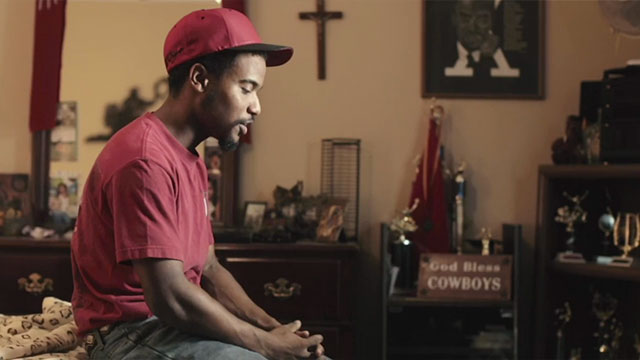 The child, Kendrick Domingue told his father, decades ago, as they watched the rodeo, “I’m gonna rope in there one year.” The young Kendrick’s prophecy came true, and today he tours the rodeo circuit as a professional roper, the result of his lifelong passion for horses.

The Roper, produced by brand story studio Lucid Inc, is a visually exquisite documentary, with beautiful panoramic shots reminiscent of the best Western movies. Presenting an honest, gritty picture of Kendrick’s life, the film avoids the temptation to romanticize the life of a traveling cowboy. Today’s cowboys spend as much time riding on tarmac roads as dusty tracks, with the city gas station instead of a saloon providing the backdrop. Moreover, as an African-American rider, Kendricks is an outsider in the world of rodeo, an issue the film confronts, touching on themes of race, belonging, and generational differences.

The Roper is one short in Lucid Inc’s documentary series Meet Me Here, a collection of films telling stories of the people, places and things which ignited the studio’s curiosity. All of them are worth watching, and you can find them here.