The Tale Of Mr. Rêvus

German student Marius Herzog produced this incredible and lush gothic animation as his graduation film in 2009.
READ REVIEW
Next Previous

The Tale Of Mr. Rêvus 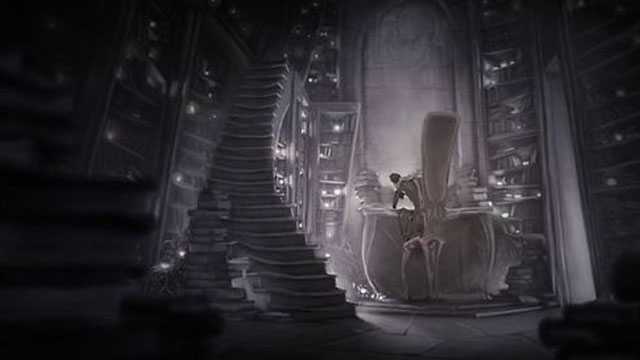 A man who creates dreams. That’s really all the teasing you should need to give this jaw-droppingly conceived and executed graduation film a try. A 10-minute, superbly composed and designed 3D animation is The Tale of Mr. Revus. What school, what collection of talent is responsible for the lovely gothic imagery of magic and horror on display? No school I’d ever heard of; the Georg-Simon-Ohm Hochschule University Of Applied Sciences, Nuremberg? It was no team either, only one man, Marius Herzog, who singlehandedly created the visuals. On this film’s Vimeo page he writes:

The challenge of this movie was to reproduce the entire production process of an animated 3D shortfilm by myself including story development, concept design, modelling, rigging, directing, editing, animating, rendering and finally compositing.

The film was completed in 2009 and seems to have had a rather uninspiring festival-run, otherwise I feel I’d have heard about it. Instead I discovered it when one of our Facebook fans pointed out yesterday that it had just recently come online. Story-wise, you know the drill—intriguing, but overlong, relegating enjoyment to level of eye-candy. Much of the action is a thinly disguised excuse to show off amazing character and background design. Still, atmosphere oozes off of this film, and it is a pleasure as a viewer to just exist in this world that Herzog has created for a little while.

3D animated short films are evolving incredibly quickly, and this film, already a couple of years old and made in SoftImage XSI, has some dated elements, but the blending of gothic melancholy, dreams, steampunk and horror is an intoxicating combo. It reminds me in subject of another recent German student film, the intriguing Dreammaker, though in design, Tim Burton is likely a more profound influence. I wish the story had a bit more meat, but this is certainly a can’t miss for animation and fantasy nerds.