What would happen if you interrupted Lars von Trier during a movie? It's not pretty.
READ REVIEW
Next Previous 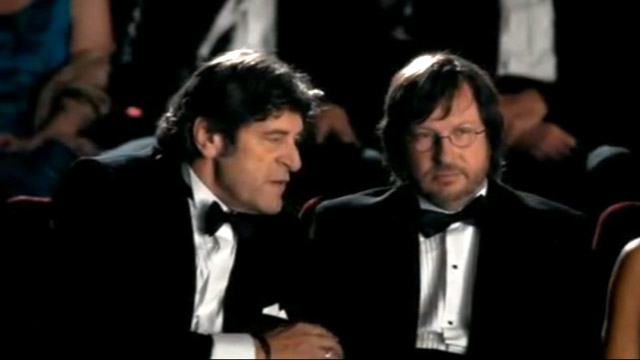 The name Lars von Trier is pretty much synonymous with controversy and wherever the eclectic filmmaker goes and whatever he does, controversy never seems too far away. Von Trier is a notoriously unpredictable director, who throughout his career has been labeled a misogynist, a nightmare and a soul robber by some of his cast. Like him or not though, there’s no denying he makes challenging and inventive films the way he wants to make them and this doesn’t just apply to feature films.

For the French anthology film To Each His Own Cinema (2007)—A series of 33 short films, with each director being allocated 3 minutes to represent their current attitudes towards cinema—Von Trier glides down the route of controversy once again with his short Occupations.

Occupations tells the story of an imagined black tie premiere of Von Trier’s Manderlay and features Von Trier himself getting increasingly annoyed by the obnoxious man he finds himself sitting next to. It’s exactly the kind of response to the brief you expect from the reactionary filmmaker. Occupations is not a film concerned with subtlety with Von Trier opting to smash his message home instead of employing delicacy (something the director is not particularly familiar with).

With Occupations, Von Trier’s message is all too plain to see and although most lovers of the cinema would agree with the point the director is making, it’s as usual, an explosive way to make that point. This short isn’t likely to change your attitude towards Von Trier. If anything, it will just make you love/hate him more. Well at least you can’t be accused of “hating women” with this one Lars!