And She Stares Longingly at What She Has Lost

Beautifully shot film about a woman's loss of innocence at the hand of the world.
READ REVIEW
Next Previous

And She Stares Longingly at What She Has Lost 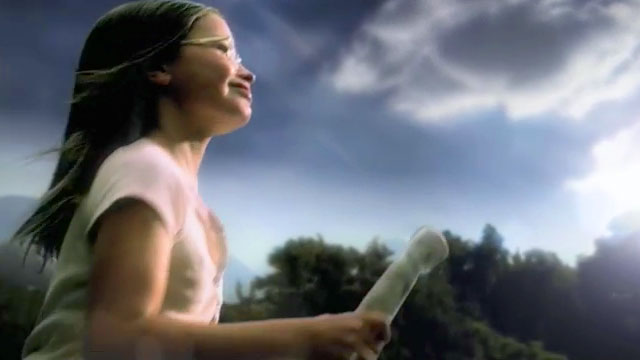 I spend a lot of time, perhaps more than could reasonably be considered healthy, trolling around webland looking for forms of visual entertainment to while away the day, so when I come across something that’s completely new to me but has been hiding in the open for a while it has the unsettling feeling of finding yourself wearing the very glasses you’ve spent the last hour hunting for.

That was my experience when I stumbled across the latest installment in the Little Minx Exquisite Corpse series on one of my most trusted video resources No Fat Clips. An exquisite corpse is a technique employed by Surrealists whereby words or images are collectively assembled in a creative relay that picks up where the previous participant left off, forming the corpse in question. The Little Minx Exquisite Corpse rules dictate that each director responds to the last line of text of the previous director’s script only, which has resulted in a nice range of subject matter and style for the collection.

The fifth jump brings us to Phillip Van’s haunting And She Stares Longingly at What She Has Lost, which opens to a carefree child’s Eden full of bunny rabbits and a dog eager to play fetch accompanied by Jeff Alexander’s Come Wander with Me (sung by actress Bonnie Beecher for an episode of The Twilight Zone of the same name) initially evoking a feeling of peace and comfort, that is until the appearance of the Water Man.

There are several ways to interpret the underlying cause of the loss of innocence that takes place in And She Stares… but it’s achingly obvious that no matter how much she pines, Big Minx played by Kate Tomlinson can never return to the world of her girl self. Phillip Van’s luscious frames are beautifully augmented by Method Studios’ visual effects and I was particularly taken by how the oft used ugly duckling turns swan motif of the shedding of glasses, is the transformative moment here that spells utter destruction for the life that once was.